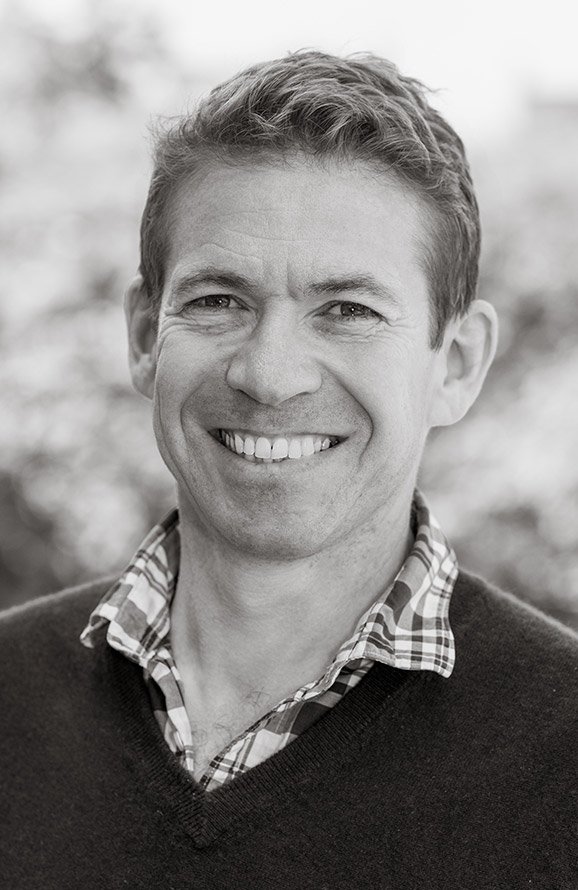 Saul David was born in Monmouth in 1966 and educated at Ampleforth College and Edinburgh and Glasgow Universities (History MA and PhD).

He began writing his first history book when he was twenty-five and has now completed fifteen (one edited). They include: The Homicidal Earl: The Life of Lord Cardigan (1997), a critically-acclaimed biography of the man who led the Charge of the Light Brigade; The Indian Mutiny:1857 (2002), shortlisted for the Westminster Medal for Military Literature; Zulu: The Heroism and Tragedy of the Zulu War of 1879 (2004), a Waterstone’s Military History Book of the Year; Victoria’s Wars: The Rise of Empire (2006); All the King’s Men: The British Redcoat in the Era of Sword and Musket (2012); 100 Days to Victory: How the Great War was Fought and Won, 1914-1918 (2013); Operation Thunderbolt: Flight 139 and the Raid on Entebbe (2015), made into the feature film Entebbe; The Force: The Legendary Special Ops Unit and World War II’s Mission Impossible (2019) and Crucible of Hell: Okinawa – The Last Great Battle of the Second World War (2020), shortlisted for the 2021 British Army Military Book of the Year. He was Editorial Consultant for Dorling Kindersley’s War: From Ancient Egypt to Iraq (2009) and in 2013 edited Mud & Bodies, an infantry subaltern’s Great War diary and letters. His most recent book is SBS: Silent Warriors, the first authorised history of the Special Boat Service.

Saul has also written three historical novels set in the late Victorian period. The Times described the first, Zulu Hart (2009), as a ‘rattling good yarn’ with ‘a compelling, sexy hero who could give Cornwell’s Sharpe a run for his money’. It was a top 5 bestseller in The Independent newspaper and sold more than 100,000 copies. Hart of Empire appeared in 2011. The third in the series, The Prince and the Whitechapel Murders, was published in 2018.

An experienced broadcaster, Saul appears often on British radio and television. His TV presenting credits include the Escape From… series for Five (2004), Sky One’s genealogy series So You Think You’re Royal? (2007) and three programmes for the BBC’s flagship history series Timewatch: The Queen’s Lover (2001), The Greatest Knight (2008) and the Queen Elizabeth’s Lost Guns (February 2009). He was an on-screen expert on BBC2’s virtual battle series Time Commanders (2004) and is a regular contributor to history programmes on all channels. Two of his books – Mutiny at Salerno and Zulu – have been made into documentaries. More recently he presented Filton’s Fabulous Flying Machines for BBC1 (June 2010) and How The Rest Got Home, a 70th anniversary programme about the British soldiers who escaped from France after Dunkirk, for Radio 4 (June 2010).  His 3 x 1 hour series on the history of military logistics – Bullets, Boots and Bandages: How Wars are Really Won – was aired on BBC4 in February 2012. In 2014 he presented a documentary on World War One horses for BBC4 and appeared in a Channel 5 film on The First Great Escape and two episodes of BBC2’s The Birth of Empire. In 2015 he featured in programmes on the Spanish Armada, the Duke of Wellington, the Battle of Waterloo, the history of Spain and the secret rescue of Ethiopia’s Jews. In 2106 he presented World War Two: A Timewatch Guide and Russia: A Timewatch Guide, and appeared in a six-part series on Adolf Hitler. In 2020 he presented Prince Albert: A Victorian Hero Revealed for Channel 4. In 2021 he appears in the Netflix series Road to Victory in Colour.

Saul gives frequent talks about military history and has spoken at all the major literary festivals. He has also lectured at the Security Service (MI5), the National Army Musuem and the Imperial War Museum. He has led history tours to India and the Crimea, and has appeared as a guest speaker on The World ship.

He lives in Somerset with his wife and three daughters.

Utterly shocking to hear that the SBS, our elite maritime special forces, do not even have a proper aquatic centre to train in. Kudos to South Dorset MP Richard Drax for raising this in Parliament. #SilentWarriors

Looking forward to the first meeting of the Military History Club tonight, with my old Time Commanders' oppo Adrian Goldsworthy talking about the 'Roman Army at War'. http://www.militaryhistoryclub.org

Nice obit for my late uncle (and namesake), Julian: https://www.theguardian.com/society/2021/nov/29/julian-david-obituary

This is a brilliant, authorised account of #SBS wartime escapades...
Worth a read if you're into WW2 military history...
@sauldavid66

🤣🤣 @sauldavid66 My dad's just opened his Christmas presents. I think everyone was relieved there's something he'd like this year!

From Wednesday, you can watch me, @simonmontefiore @aroberts_andrew @GeoffWawro and many other historians on the new Netflix series 'The Road to Victory in Color' https://www.netflix.com/gb/title/81488464

For one day only, SBS: SILENT WARRIORS is on sale at Amazon for a scarcely believable £8!!! https://www.amazon.co.uk/SBS-Warriors-Authorised-Wartime-History/dp/0008394520

If #SAGE modelled my dog walk:

I *could* trip over and sprain my ankle. This *might* trigger a heart attack, or a stroke. The ambulance *probably* wouldn’t be able to get to me for a long time - *maybe* 4 hours. The dog *might* explode.

We have a plethora of new book reviews available for all to read on our website. Interested in the Special Boat Service? Try @Chrisonaship's review of the authorised history of the #SilentWarriors by @sauldavid66.

Here are my books of the year by @sauldavid66 @RichardEvans36 @hoyer_kat @dgjones - all historians I admire. All good Christmas presents.

Thanks Andy. Glad you're enjoying

First look at the paperback cover for SBS: SILENT WARRIORS, out on 26 May 2022.

Thanks Glenn. So glad you enjoyed it

#HistoryLovers
Treat yourself to an early Xmas Present.
Subscribe to Aspects of History. Just £9.99/$9.99.

Bert Laver RIP, executed by the Germans at Fresnes Prison, 14 March 1943, as a result of the iniquitous Kommandobefehl