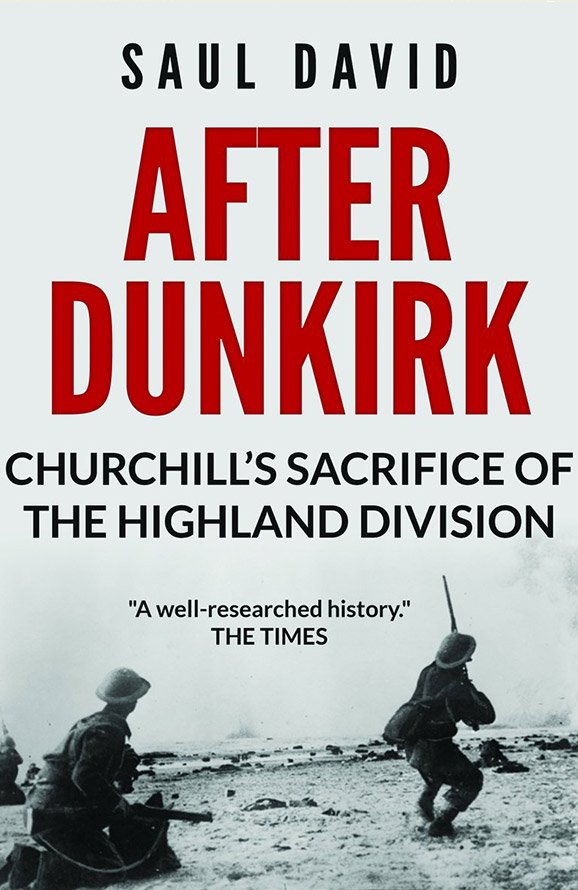 On 12 June 1940, more than a week after the last British troops had been evacuated from Dunkirk, the 51st (Highland) Division was forced to surrender to General Erwin Rommel’s 7th Panzer Division at St Valery-en-Caux.

More than 10,000 members of the Division were driven into five years of captivity in prison camps.

It was one of the most dramatic incidents of the early phase of WWII.

Drawing upon over 100 personal interviews with survivors of the battle, upon unit war diaries, personal letters and journals, as well as official documents and reports, the leading military historian Saul David traces the story of the Highland Division from its arrival in France, through the excitement of patrol operations in front of the Maginot Line and its magnificent defensive battles on the Somme and the Bresle, to the final, desperate stand in the little Norman seaport of St Valery.

‘Churchill’s Sacrifice’ is a book that will fascinate anyone interested in WWII.

Saul David is Professor of War Studies at the University of Buckingham and the author of several critically acclaimed history books, including The Indian Mutiny: 1857 (short-listed for the Westminster Medal for Military Literature), Prince of Pleasure: The Prince of Wales and the Making of the Regency, Zulu: The Heroism and Tragedy of the Zulu War of 1879 (a Waterstones Military History Book of the Year) and, most recently, Victoria’s Wars: The Rise of Empire.He has also written two best-selling historical novels set in the wars of the late 19th Century, Zulu Hart and Hart of Empire. An experienced broadcaster, he has presented and appeared in history programmes for all the major TV channels and is a regular contributor to Radio 4.

‘A well-researched history’ The Times

‘David does full justice to this “forgotten piece” of history’ Military Illustrated.