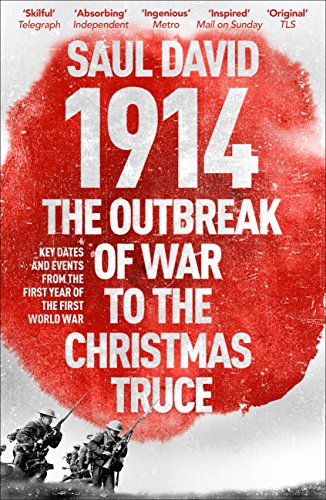 1914: The Outbreak of the War to the Christmas Truce

This special ebook has been created by historian Saul David from his acclaimed work 100 Days to Vistory: How the Great War was Fought and Won, which was described by the Mail on Sunday as ‘Inspired’ and by Charles Spencer as ‘A work of great originality and insight’. Through key dates from 4 August 1914, when Britain declared war, to the Christmas Truce of 24 December 1914, Saul David’s gripping narrative is an enthralling tribute to a generation of men and women whose sacrifice should never be forgotten.