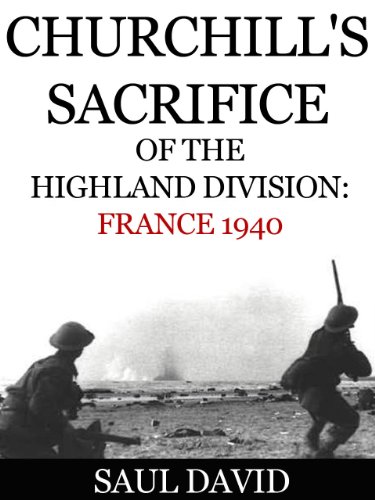 On 12 June 1940, more than a week after the last British troops had been evacuated from Dunkirk, the 51st (Highland) Division was forced to surrender to General Erwin Rommel’s 7th Panzer Division at St Valery-en-Caux.

More than 10,000 members of the Division were driven into five years of captivity in prison camps. It was one of the most dramatic incidents of the early phase of WWII.

Drawing upon over 100 personal interviews with survivors of the battle, upon unit war diaries, personal letters and journals, as well as official documents and reports, the leading military historian Saul David traces the story of the Highland Division from its arrival in France, through the excitement of patrol operations in front of the Maginot Line and its magnificent defensive battles on the Somme and the Bresle, to the final, desperate stand in the little Norman seaport of St Valery.

‘Churchill’s Sacrifice’ is a book that will fascinate anyone interested in WWII.