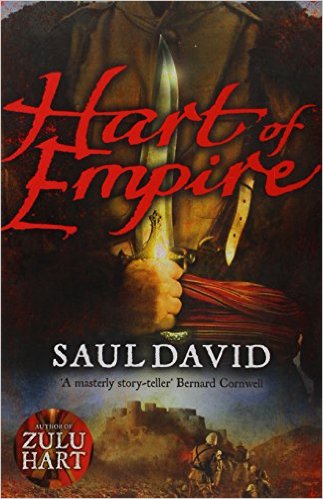 George Hart, back in England following his heroics in the Zulu Wars, scarcely has time to gamble away his meagre fortune when he is summoned to a secret meeting in Whitehall. There, Prime Minister Disraeli himself asks George to undertake a dangerous mission to Afghanistan.

Mistrust and dislike for the local ruler chosen by the British is growing and Muslim extremists threaten to overthrow the local government. The British cannot allow the loss of Afghanistan, which would put at risk India, the jewel in the Imperial crown.
Although he suspects that the Establishment sees a part-Zulu officer as expendable, George can see that his dark skin will help him go undercover, and soon, accompanied only by a Pathan guide, he is descending the Khyber pass into a strange and violent land. On the way he meets Yasmin, an alluring Afghan princess, and together this unlikely trio find themselves in a race against time to prevent a tribal uprising and head off a catastrophic British invasion.