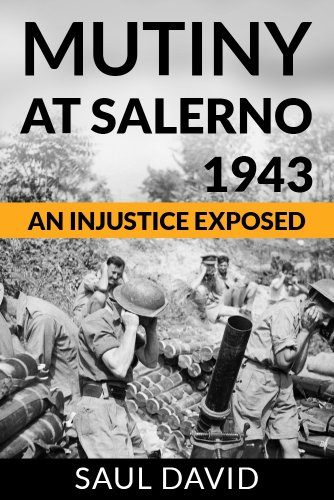 On 20 September 1943, almost 200 members of the crack 50th (Tyne Tees) and 51st (Highland) Divisions were arrested for refusing repeated orders to join unfamiliar units fighting at the blood-soaked Salerno beachhead. Using official records and the verbal and written testimony of those involved, this book gives a comprehensive account of the series of high-level blunders and deceptions that caused a large body of Eighth Army veterans to risk execution rather than accept being “Shanghai-ed” to a different formation.

Revealing the contents of secret defence documents and the recently de-classified trial papers, the author exposes the charade of a trial, the inevitable guilty verdicts and the unjustifiably draconian sentences that left three men facing the firing squad and the rest long terms in prison. Despite the chance intervention of a senior general, resulting in the suspension of all sentences, the men were so insensitively treated that almost half felt compelled to reoffend and had their sentences reimposed. Only when an army psychiatrist favourably reported on the motives behind the offences were the men finally released from detention after the war. In conclusion, the author describes the trial as “one of the greatest iniquities in the history of British military justice”, and argues that only an official pardon will bring to an end the long years of suffering for the victims and their families. Saul David is the author of “Churchill’s Sacrifice of the Highland Division: France 1940”.