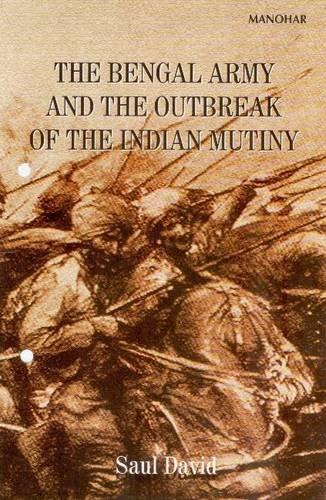 The Bengal Army and the Outbreak of the Indian Mutiny

In 1857 the Indian troops of the Bengal Army rose against their colonial masters. They were quickly joined by tens of thousands of discontented civilians in what was to become the bloodiest insurrection in the history of the British Empire. But what were the real causes of the Indian Mutiny?

Historians have usually explained it as part of a general protest against British rule in India. But in this ground-breaking study, the leading military historian Saul David identifies the specific complaints of the soldiers as the real cause of the revolt.

All armies have grievances relating to conditions of service, particularly pay, career prospects and relations with officers. What set a colonial force like the Bengal Army apart is that it was a volunteer mercenary force officered by men of a different race and religion.

Its loyalty to its paymasters, therefore, was entirely dependent on the incentives for service outweighing the disincentives – and by 1857 that was no longer the case.

‘The Devil’s Wind: The Bengal Army and the Outbreak Of The Indian Mutiny’ is the dramatic story of one of the most violent episodes in the history of the British Empire.

Saul David is Professor of War Studies at the University of Buckingham and the author of several critically acclaimed history books, including The Indian Mutiny: 1857 (short-listed for the Westminster Medal for Military Literature), Prince of Pleasure: The Prince of Wales and the Making of the Regency, Zulu: The Heroism and Tragedy of the Zulu War of 1879 (a Waterstones Military History Book of the Year) and, most recently, Victoria’s Wars: The Rise of Empire.He has also written two best-selling historical novels set in the wars of the late 19th Century, Zulu Hart and Hart of Empire. An experienced broadcaster, he has presented and appeared in history programmes for all the major TV channels and is a regular contributor to Radio 4.

‘Incisive and acute . . . thorough and occasionally revelatory, [David] always finds a telling phrase, an eye-catching detail or a human story’ (Sunday Times on Victoria’s Wars: The Rise of Empire).