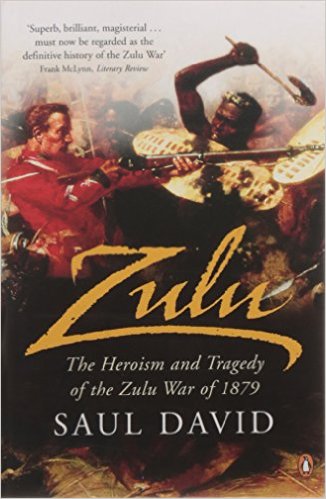 Saul David’s Zulu: The Heroism and Tragedy of the Zulu War of 1879 is a fascinating look at the most controversial and brutal British imperial conflict of the nineteenth century.

The real story of the Anglo-Zulu war was one of deception, dishonour, incompetence and dereliction of duty by Lord Chelmsford who invaded Zululand without the knowledge of the British Government. But it did not go to plan and there were many political repercussions. Using new material from archives in Britain and South Africa, Saul David blows the lid on this most sordid of imperial wars and comes to a number of startling new conclusions.

‘Saul David’s brilliant and magisterial account must now be regarded as the definitive history of the Zulu War’ Frank McLynn, Literary Review