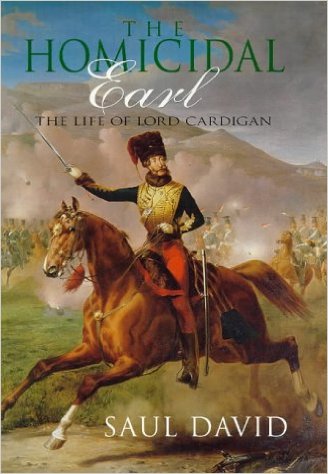 The 7th Earl of Cardigan will forever be remembered as the man who led the infamous Charge of the Light Brigade at Balaclava in 1854. A fatal event for so many of his men, it was to rejuvenate Cardigan’s life.

Hitherto his career had been dogged by public scandal and professional disgrace: a failed marriage to a divorcee, two court appearances for adultery, two courts martial, numerous duels (earning him the sobriquet ‘The Homicidal Earl’), a state of trial for intent to murder, dismissed from the command of a crack cavalry regiment, blackballed forty-six times by the leading military club, hissed at in theatres, questions asked about his conduct in Parliament. All were conveniently forgotten in the wake of his valour at Balaclava.

But was Lord Cardigan a hero? Or was the fierce criticism of his conduct in the Crimea by fellow officers – that he ill-treated horses and men and, even worse, saved his own skin at Balaclava – justified, and in keeping with his reprehensible past?

Cast against the colourful of a country in the throws of social, political and economic revolution, Lord Cardigan stands as a man both of and outside his times. Celebrated for his bravery and damned for his incorrigible and scandalous behaviour, even today he seems at once fascinating yet reprehensible, appealing yet repellent.