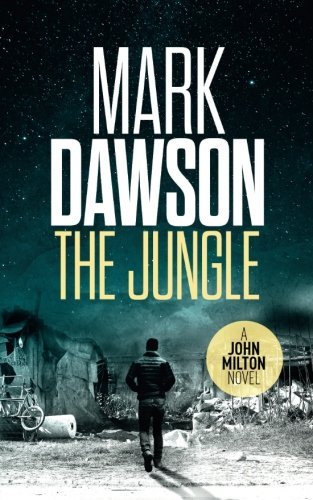 An assassin haunted by his past.

Two young refugees out of their depth and in need of his special talents.

John Milton is no stranger to the world’s seedy underbelly.

But when the former British Secret Service agent comes up against a ruthless human trafficking ring, he’ll have to fight harder than ever to conquer the evil in his path. After Milton meets a refugee who lost a sister to people smugglers, he travels through war-torn Libya and the murkiest parts of Italy and France to get the girl back. As enemies watch his every move, Milton confronts a group of Albanian pimps and smugglers so dangerous, they could easily make this mission his last.

The Jungle is a gripping standalone thriller in Mark Dawson’s bestselling John Milton series. With cinematic set pieces, characters you’ll grow to love, and edge-of-your-seat action, it’s easy to see why Dawson’s books have been downloaded more than one million times and optioned for a big screen film franchise. Buy The Jungle to watch “the British Jack Reacher” get pushed to the brink today.