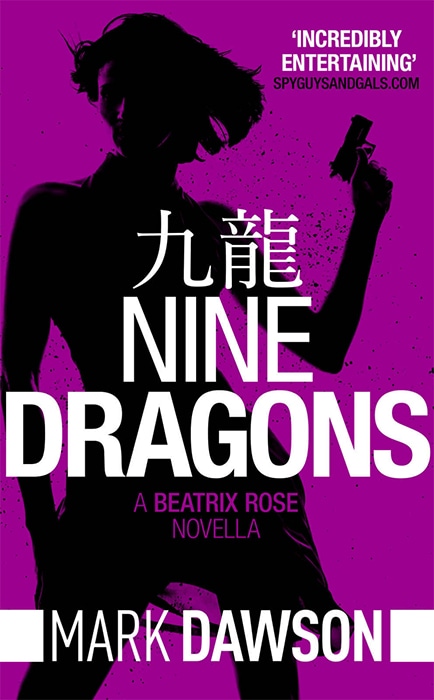 Beatrix Rose has been betrayed. Her husband has been murdered and her daughter, Isabella, abducted. She flees to the Hong Kong underworld to plot her revenge.

Those who wronged her will pay. Beatrix is the most dangerous woman you’ve ever met. She was an assassin for The Firm, the beyond top secret agency that did the dirty work for the British Secret Services.

And you know what they say about payback…

Beatrix and Chau have disposed of Donnie Qi, the triad gangster who wanted Chau dead. They are given work by Mr. Ying, the underboss of the Wo Shun Wo clan. But when Beatrix intervenes to save the life of a young girl who has inadvertently crossed the triads, she finds herself in direct opposition to Ying.

Ying wants her dead. What will Beatrix be prepared to do to keep her loved ones safe?
NINE DRAGONS is the second prequel novella in the bestselling BLOOD & ROSES series, which follows the saga of the British government’s deadliest ex-operative.