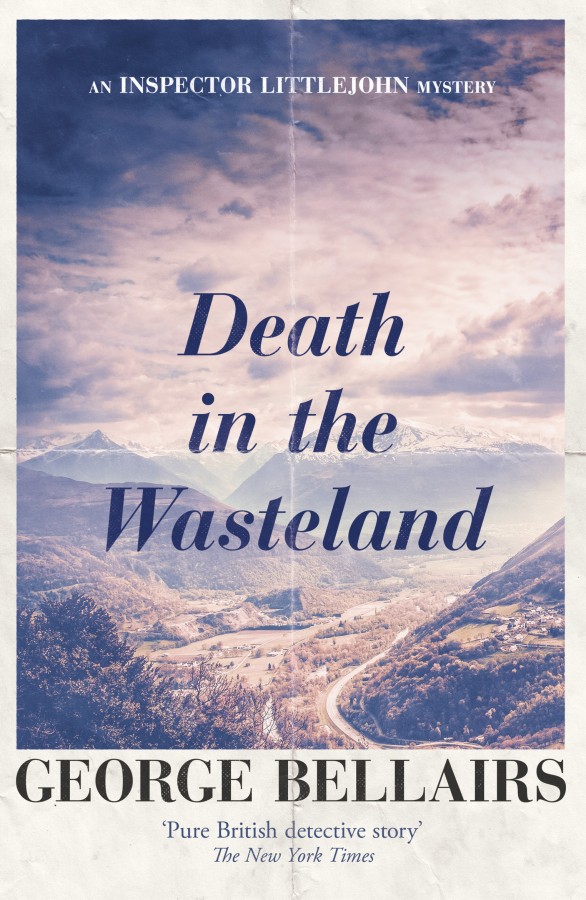 Death in the Wasteland

GEORGE KEELAGHER, head of a stock-broking firm in the city, thrusts himself on his nephew Waldo and the latter’s wife Averil, who are holidaying in the south of France in their new caravan.
Not long after their arrival on the Riviera, Waldo finds Uncle George dead in the wasteland of the Estérel, near Cannes. In panic Waldo and Averil pack the body in the back of their car and take it to the police in Cannes. Whilst they are reporting, car and body are stolen from in front of the police station. When the body is at last found, hidden in the wasteland, it is clearly a case of murder.

Waldo turns for help to Superintendent Littlejohn who is on holiday nearby, and with the latter on the case, enquiries soon shift to Great Missenden, where Uncle George lived, and to the city, where all is not well with the stock-broking business.

Together, Littlejohn and Cromwell, now promoted to Inspector, find themselves caught up in one of their most complicated and unorthodox cases, in which the characters of the suspects count for as much as their actions.