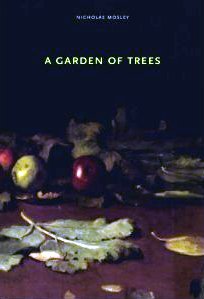 A Garden of Trees

Returning to London from a trip to the West Indies, an aspiring writer encounters a bewitching trio of friends whose magic lies in their ability to turn any situation into fantasy. Previously out of place in the world, the narrator falls in love with the young brother-sister pair of Peter and Annabelle, as well as the older, more political Marius. Reality soon encroaches upon the foursome, however, in the form of Marius ‘s ailing wife, forcing the narrator to confront the dark emptiness and fear at the heart of his friends joie de vivre. In this, his second novel written in the 50s and never before published Nicholas Mosley weighs questions of responsibility and sacrifice against those of love and earthly desire, the spirit versus the flesh.