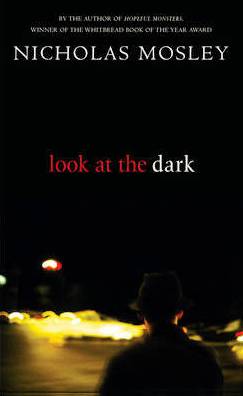 Look at the Dark

“On a dark night a person searches on the brightly-lit ground under a lamp-post. A passer-by asks – For what are you searching? The person says – For the keys to my house. The passer-by says – Is this where you lost them? The person says – No I lost them in the dark, but this is where the light is.”

A retired academic and writer lies in a New York hospital bed. He has come there from his home in London to appear as a pundit on television, only to be knocked down by a car. Formerly an anthropologist, he is now tired of looking for order and reason where he can see none. His views on human nature and war are provocative and he has begun to find himself in demand. The forced inactivity allows him to reflect on the course of his life – the work he has done, the women he has known – and the characters from it begin to gather him: his first wife Valerie, his new wife Veronica, his son Adam.

He considers his first marriage and the curious version of fidelity they evolved, his days of teaching at Oxford, and the trip to Iran that saw him return with Nadia, a young girl whom he assists in escaping to a different life in England.

Witty, philosophical, and wise, Nicholas Mosley’s latest novel is a timely portrait of one man’s attempt to bring order to his disordered existence.