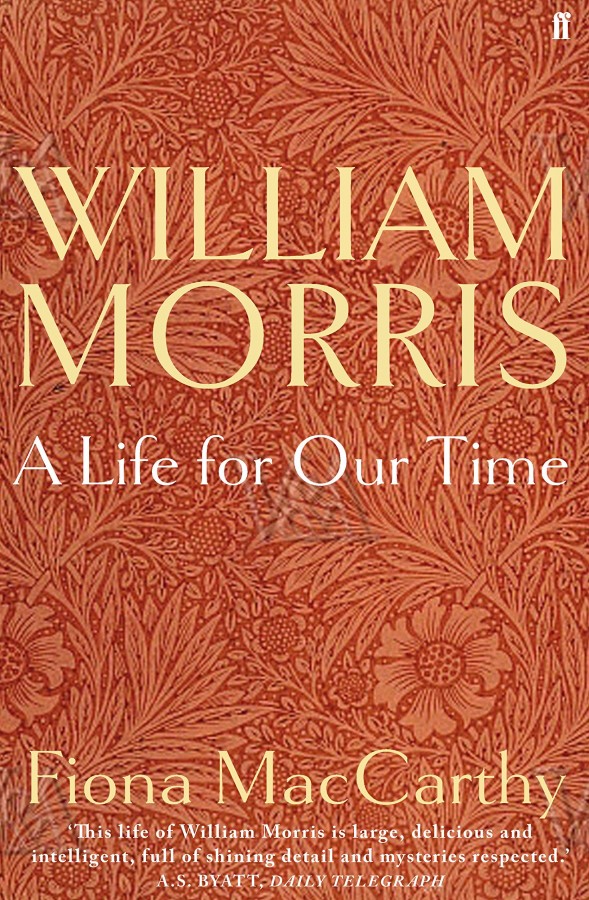 William Morris: A Life for Our Time

Winner of the Wolfson History Prize, the essential biography of the father of the Arts and Crafts movement. The author, Fiona MacCarthy, is the curator of the National Portrait Gallery’s 2014-15 exhibition Anarchy and Beauty: William Morris and His Legacy.

‘One of the finest biographies ever published in this country’ A. S. Byatt

Since his death in 1896, William Morris has come to be regarded as one of the giants of the Victorian era. But his genius was so many-sided and so profound that its full extent has rarely been grasped. Many people may find it hard to believe that the greatest English designer of his time, possibly of all time, could also be internationally renowned as a founder of the socialist movement, and could have been ranked as a poet together with Tennyson and Browning.

With penetrating insight, Fiona MacCarthy has managed to encompass all the different facets of Morris’s complex character, shedding light on his immense creative powers as artist and designer of furniture, fabrics, wallpaper, stained glass, tapestry and books, and as a poet, novelist and translator; his psychology and his emotional life; his frenetic activities as polemicist and reformer; and his remarkable circle of friends, literary, artistic and political, including Dante Gabriel Rossetti and Edward Burne-Jones. Fiona MacCarthy’s skilful drawing together of these disparate elements makes for a comprehensive and compelling biography.