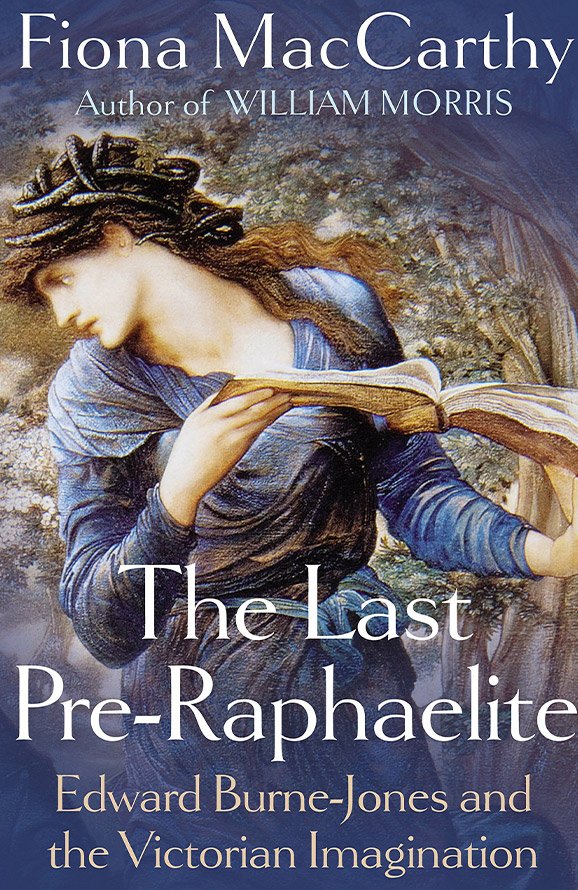 The Last Pre-Raphaelite: Edward Burne-Jones and the Victorian Imagination

The Last Pre-Raphaelite: Edward Burne-Jones and the Victorian Imagination

Winner of the James Tait Black Memorial Prize for biography, The Last Pre-Raphaelite is Fiona MacCarthy’s account of the life of Edward Burne-Jones, the greatest British artist of the second half of the nineteenth century.

The angels on our Christmas cards, the stained glass in our churches, the great paintings in our galleries – Edward Burne-Jones’s work is all around us. The most admired British artist of his generation, he was a leading figure with Oscar Wilde in the aesthetic movement of the 1880s, inventing what became a widespread ‘Burne-Jones look’. The bridge between Victorian and modern art, he influenced not just his immediate circle but artists such as Klimt and Picasso.

In this gripping book Fiona MacCarthy explores and re-evaluates his art and life – his battle against vicious public hostility, the romantic susceptibility to female beauty that would inspire his art and ruin his marriage, his ill health and depressive sensibility, the devastating rift with his great friend and collaborator William Morris as their views on art and politics diverged.

With new research and fresh historical perspective, The Last Pre-Raphaelite tells the extraordinary, dramatic story of Burne-Jones as an artist, a key figure in Victorian society and a peculiarly captivating man.

“Generously illustrated with paintings, stained glass and photographs of the leading characters … Fiona MacCarthy has brought [Burne-Jones] vividly to life” –The Economist

“This magnificent and deeply felt biography brings with it a sense of completion, not least in its account of one of the greatest and most fruitful Victorian friendships” -Rosemary Hill, Guardian

“Her scholarship is exemplary; her style fluent; her judgement discriminating; above all, she makes her galère come vividly alive. Her book is fun to read” -Philip Ziegler, Spectator

“A true pleasure to read – a triumph of biographical art.’ – Jan Marsh, Independent Book of the Week

“Don t imagine that you re going to be stuck in some vaporous realm of medieval valour or religious piety. This is a far more human story … sets Burne-Jones at the heart of his era with convincing imaginary force and widely encompassing scholarly range.” – Rachel Campbell-Johnston, The Times

‘Wonderful … This is the perfect coming together of biographer and subject.’ — Michael Holroyd, Guardian >> ‘A terrific study . . . MacCarthy writes so energetically that she caught me up in her enthusiasm.’ — Frank Whitford, Sunday Times

“The book that I am hoping to find in my Christmas stocking … I have enjoyed all Fiona MacCarthy s biographies and I cannot believe that this will disappoint” -AN Wilson, Observer

“Her scholarship is exemplary; her style fluent; her judgement discriminating; above all, she makes her galère come vividly alive. Her book is fun to read” -Philip Ziegler, Spectator

“The best real biography I read this year … a masterpiece of control.” — James Ferguson, TLS

“A narrative feat which gives a detailed account of the Victorian immersion in its great lake of sentiment, mystic feelings and good cheer, and in the period waters of duality” -Karl Miller, TLS

“Edward Burne-Jones has found a worthy chronicler in Fiona MacCarthy, who masterly biography does not miss a trick” – Sunday Telegraph
“Enjoyable biography [which has been] issued as a paperback of rare quality. The book’s vivacity and splendid illustrations are on a scale appropriate to this restless, multi-faceted genius” –Independent