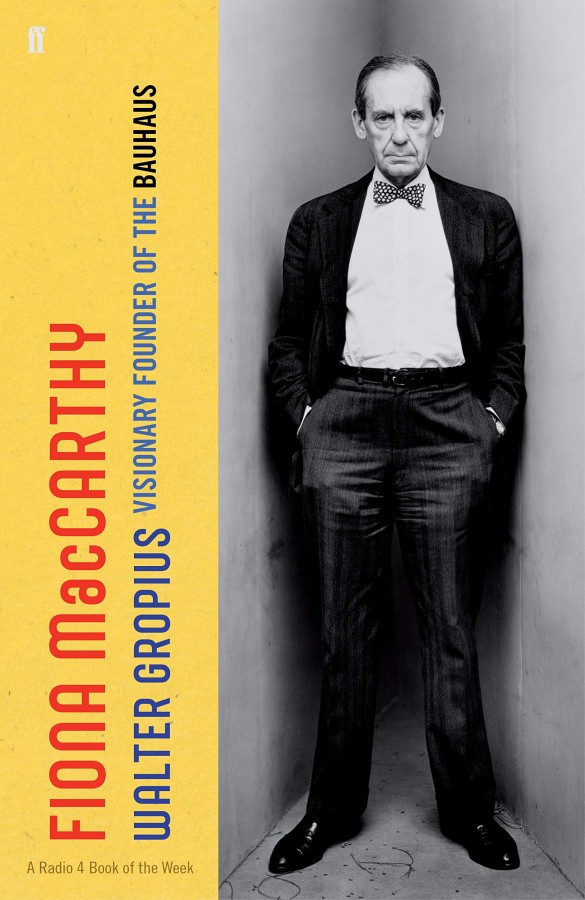 Mention the Bauhaus and iconic objects such as a Marianne Brandt teapot, an Anni Albers weaving or a Marcel Breuer chair leap to mind. But the Bauhaus was more than an art school – it was the birth of a radical new philosophy of design: a constellation of talents including Kandinsky, Klee and Moholy-Nagy, at the heart of which was Walter Gropius.

MacCarthy grippingly narrates the story of the ground-breaking architect’s life beginning with his shattering experiences in World War One before his turbulent marriage to the notorious Alma Mahler and the tragic death of their daughter. After Gropius’ agonized decision to leave Nazi Germany in 1933, she explores his life in exile by tracing how a disorientating period in London evolved into a peaceful marriage with Ise Gropius and his late starring role in twentieth-century architecture in America.

Challenging views of Gropius as a doctrinaire modernist, MacCarthy’s modern reassessment of Gropius’ interior life is biography at its finest: insightful, witty, and gloriously three-dimensional.

*Illustrated with over 130 colour photographs and drawings*

In her majestic biography of Walter Gropius, charismatic founder of the Bauhaus, Fiona MacCarthy argues that his visionary ideas still influence the way we live, work, and think today.