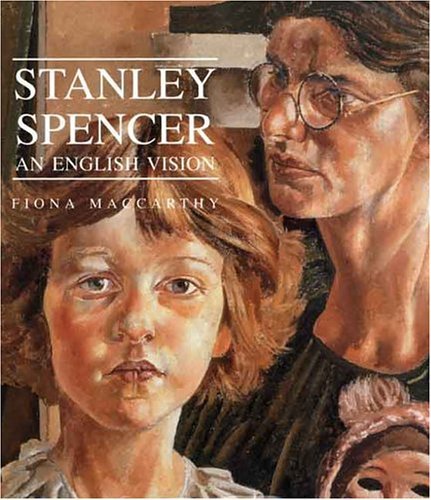 Stanley Spencer, a central figure in the current revival of European figurative painting and a precursor of such artists as Lucian Freud, is among the most important English painters of the twentieth century. In this book, Fiona MacCarthy investigates Spencer’s life, sets his work in its cultural context, and emphasizes the links between his life and his paintings. With extensive commentary — edited from Spencer’s own writings by Judith Collins of the Tare Gallery — on each of sixty beautiful reproductions of Spencer’s paintings, this volume provides a comprehensive account of a profoundly original artist and his work.

Finding inspiration in his quiet village on the river Thames, Spencer drew on his familiar world to arrive at an art of epic grandeur. Though he denied it, Spencer was a supreme landscape artist, MacCarthy contends. Like William Blake, Spencer found the miraculous in everyday things. Like his twentieth-century contemporaries — including sculptors Eric Gill and Jacob Epstein and writers D.H. Lawrence and James Joyce — Spencer was searching for a new expressiveness of sex, says MacCarthy. Contrary to the public perception of him, he was also a deeply political artist, affected by life around him and by his own involvement in world events. The magnificent wall paintings he created at the Sandham Memorial Chapel at Burghclere, for example, reflect his experiences as a hospital orderly and as a private in World War I.

Stanley Spencer’s extreme combination of the homely and the weird has baffled viewers of his paintings. This book, delving more deeply than ever before into Spencer’s personality, sheds new light on this sensitive and enigmatic artist.