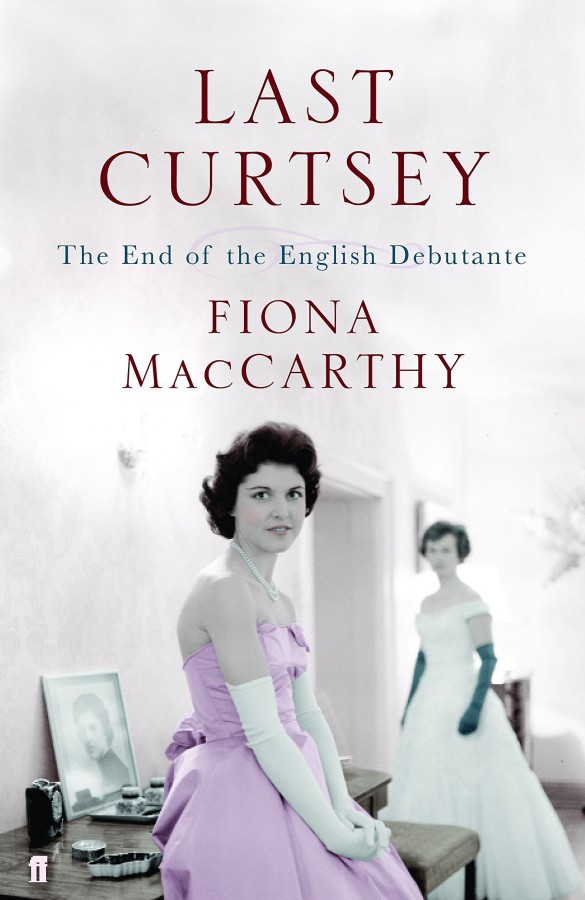 ‘In 1958 – the year in which Krushchev came to power in Russia, the year after Eden’s resignation over Suez, two years after John Osborne’s ‘Look Back in Anger’ – the last of the debutantes, myself among them, went to the Palace to curtsey to the Queen.’

Fiona MacCarthy and her fellow ‘debs’ were taking part in one of the final rituals of aristocratic power. The system had been in operation almost unchanged since the eighteenth century. It was a female rite of passage, an elaborate initiation ceremony marking the emergence of the virgin out of the schoolroom and into society at the marriageable age of seventeen. But that year, in 1958, it was drawing to a close.

Under pressure to shine – not least from their mothers – the girls were somewhere between teenagers and clones of the Queen herself. The focus for newspaper diarists and society photographers, these young women participated in a party season stretching for months among the great houses of England, Ireland and Scotland. Yet behind all the grandeur lay anxiety and making-do, as many families struggled to maintain the splendour of former times.

Fiona MacCarthy traces the stories of the girls who curtseyed that year, and shows how their lives were to open out in often very unexpected ways – as Britain itself changed irreversibly during the 1960s, and the certainties of the old order came to an end. Sharp, witty and beautifully observed, Last Curtsey is a triumph both as memoir and as social history.