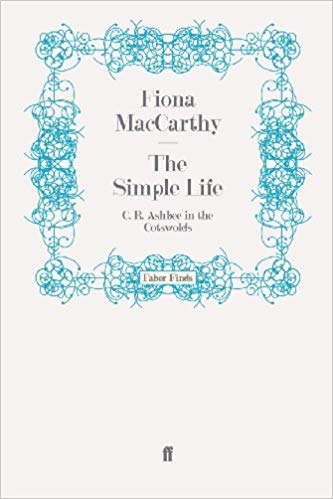 In the spring of 1902, when the back-to-the-land movement was at its height, an exodus began to Chipping Campden in the Cotswolds. East End London workmen – jewellers, silversmiths, enamellers, cavers, modellers, blacksmiths, cabinet-makers, book-binders and printers – fled from the rushed and crowded life of the big city to a rural idyll of craftsmanship and husbandry which was, at the time, all good socialists’ dream.

This extraordinary idealistic movement was to have a lasting impact not only on the lives of the 150 London immigrants and their leader, the architect, Charles Robert Ashbee, but also on the nature of the little town they occupied.

The Guild of Handicraft had been formed in Whitechapel in 1888. It blended an attitude to art, design and manufacture with a view of how society might be changed for the better. This book traces its fortunes and misfortunes, hilarious and grave, and the many eccentrics, idealists and men of letters and the arts who were involved, including William Morris, Roger Fry, Mrs Patrick Campbell, Edward Carpenter, Holman Hunt, Frank Lloyd Wright, Lowes Dickinson and Sidney and Beatrice Webb.

Set in the heart of the Cotswolds, Fiona MacCarthy’s account of this attempt to resolve the dilemma faced by artists and craftsmen working in a mass-produced society, documents one delightful and intriguing experiment in utopian social history.