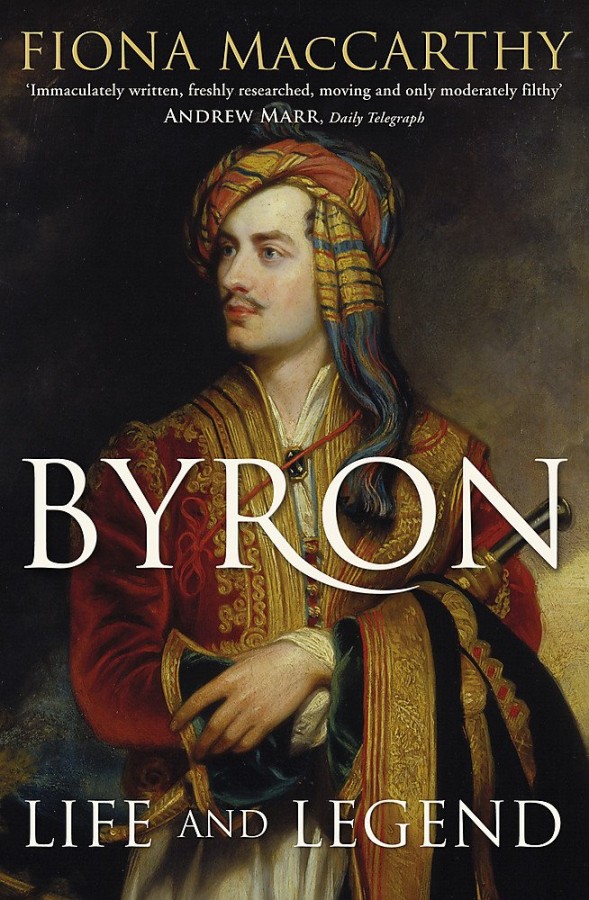 She brings a fresh eye to his early years: his childhood in Scotland, embattled relations with his mother, the effect of his deformed foot on his development. She traces his early travels in the Mediterranean and the East, throwing light on his relationships with adolescent boys – a hidden subject in earlier biographies.

While paying due attention to the compelling tragicomedy of Byron’s marriage, his incestuous love for his half-sister Augusta and the clamorous attention of his female fans, she gives a new importance to his close male friendships, in particular that with his publisher John Murray. She tells the full story of their famous disagreement, ending as a rift between them as Byron’s poetry became more recklessly controversial.

Byron was a celebrity in his own lifetime, becoming a ‘superstar’ in 1812, after the publication of Childe Harold. The Byron legend grew to unprecedented proportions after his death in the Greek War of Independence at the age of thirty-six. The problem for a biographer is sifting the truth from the sentimental, the self-serving and the spurious. Fiona MacCarthy has overcome this to produce an immaculately researched biography, which is also her refreshing personal view.