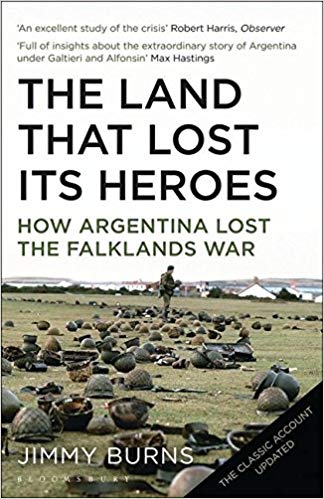 The Land that Lost Its Heroes: How Argentina Lost the Falklands War

Jimmy Burns was the only full-time British foreign correspondent to remain in Argentina covering the Falklands War.

In The Land that Lost Its Heroes, he gives a detailed account of the military planning of the invasion, exposing not only the hidden motives and nature of Argentina’s military regime, but also the pitifully inadequate reactions of both British diplomacy and intelligence.

Burns exposes the duplicity of other Western nations and the international banking community and gives a vivid first-hand account of the end of the regime, the debt crisis and the return to democracy under Raul Alfonsin.