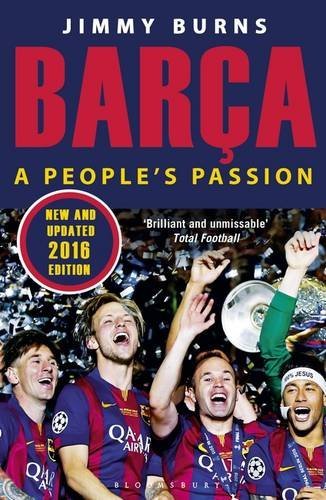 Barça is much more than a football club – it is a social and political phenomenon.

To unravel the background to the Barça phenomenon, Jimmy Burns has travelled with supporters, talked to people intimately linked to the club, unearthed police files and long-forgotten newspaper reports.

Barça: A People’s Passion is much more than a book about football – it is a story of more than a hundred years of obsessive national pride and has now been brought right up to date to include the team triumph in the 2015 UEFA Champions League.