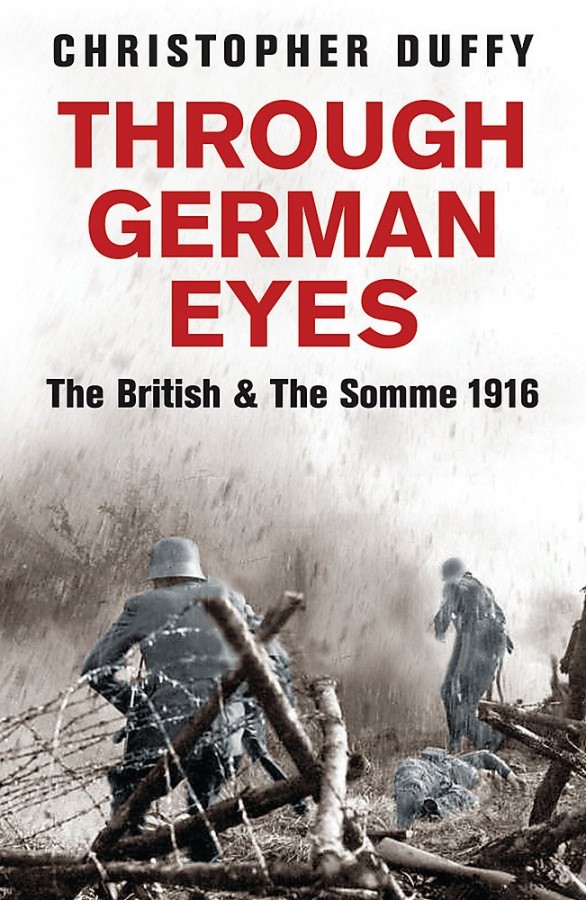 Through German Eyes: The British and the Somme 1916

The Battle of the Somme has an enduring legacy, the image established by Alan Clark of ‘lions led by donkeys’: brave British soldiers sent to their deaths by incompetent generals. However, from the German point of view the battle was a disaster. Their own casualties were horrendous. The Germans did not hold the (modern) view that the British Army was useless. As Christopher Duffy reveals, they had great respect for the British forces and German reports shed a fascinating light on the volunteer army recruited by General Kitchener.

The German view of the British Army has never been made public until now. Their typically diligent reports have lain undisturbed in obscure archives until unearthed by Christopher Duffy. The picture that emerges is a far cry from ‘Blackadder’: the Germans developed an increasing respect for the professionalism of the British Army. And the fact that every British soldier taken prisoner still believed Britain would win the war gave German intelligence teams their first indication that their Empire would go down to defeat.