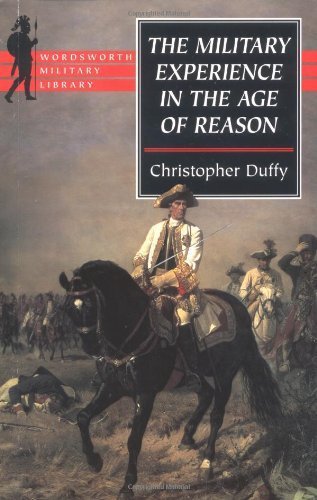 Military Experience in the Age of Reason

War in the 18th century was a bloody business. A line of infantry would slowly march, to the beat of a drum, into a hail of enemy fire. Whole ranks would be wiped out by cannon fire and musketry.

Christopher Duffy’s investigates the brutalities of the battlefield and also traces the lives of the officer to the soldier from the formative conditions of their earliest years to their violent deaths or retirement, and shows that, below their well-ordered exteriors, the armies of the Age of Reason underwent a revolutionary change from medieval to modern structures and ways of thinking