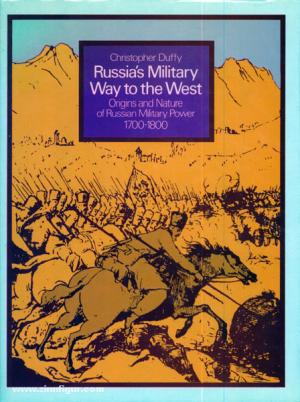 Russia’s Military Way to the West: Origins and Nature of Russian Military Power, 1700-1800

This book provides an historical perspective on the growth of Russian military power, studying the emergence of the Russian regular army from 1700 until the end of the eighteenth century. In the process he evaluates the relative importance of Western and native influences on the creation of this formidable military machine, and indicates the ways in which Russian power was projected in the West.

The book includes general discussions of the Russian soldier, the Russian officer and the rapacious Cossacks, and concludes by identifying certain important continuities between the Russian past and present.