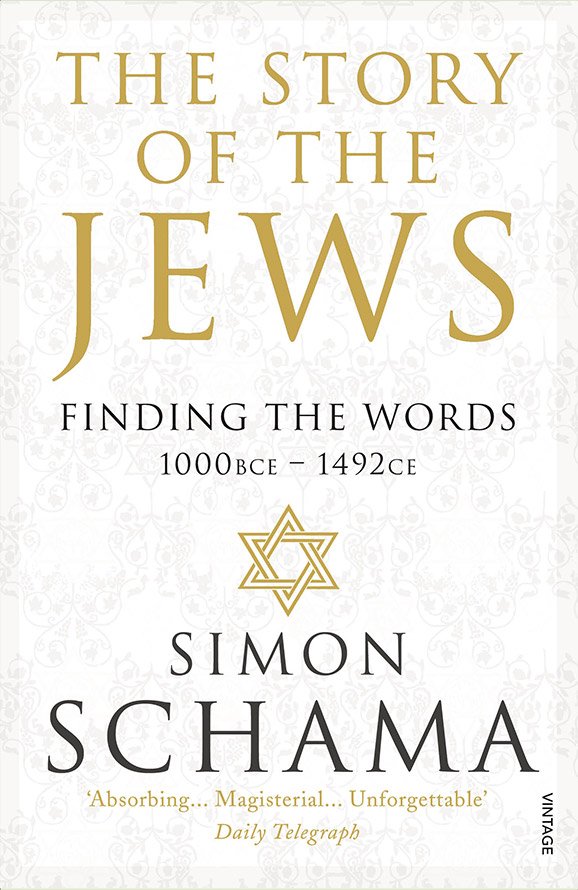 The Story of the Jews

It is a story like no other: an epic of endurance against destruction, of creativity in oppression, joy amidst grief, the affirmation of life against the steepest of odds.

It spans the millennia and the continents – from India to Andalusia and from the bazaars of Cairo to the streets of Oxford. It takes you to unimagined places: to a Jewish kingdom in the mountains of southern Arabia; a Syrian synagogue glowing with radiant wall paintings; the palm groves of the Jewish dead in the Roman catacombs. And its voices ring loud and clear, from the severities and ecstasies of the Bible writers to the love poems of wine bibbers in a garden in Muslim Spain.

Within these pages, the Talmud burns in the streets of Paris, massed gibbets hang over the streets of medieval London, a Majorcan illuminator redraws the world; candles are lit, chants are sung, mules are packed, ships loaded with spice and gems founder at sea.

And a great story unfolds. Not – as often imagined – of a culture apart, but of a Jewish world immersed in and imprinted by the peoples among whom they have dwelled, from the Egyptians to the Greeks, from the Arabs to the Christians.

Which makes the story of the Jews everyone’s story, too.

“This book shows Schama at his best, doing his shtick and doing it well: no hasty product of midnight oil for a television tie-in, but a labour of love, as full of memorable incident as a Bellow novel and wittier than a Woody Allen movie.  His take on Jewish history if highly idiosyncratic and will doubtless infuriate many.  Me, I can hardly wait for the second volume”. Daniel Johnson, The Times.

“Schama has written a proud and personal story of his people, one that will make a good starting point for those interested in one of history’s most fascinating and tragic tales.”  Josh Glancy, Sunday Times.

“Simon Schama has returned to his roots and written an affecting and raw account of early Jewish history.” Tom Holland, The Guardian.

“Simon Schama’s history of the Jews does a splendid job in challenging stereotypes.” Financial Times.

“The Story of the Jews offers a poignant testimony to a people who have come close to annihilation many times but survived. It is an inspiring story and Professor Schama tells it with panache, weaving facts and anecdotes into a vivid history that ought to be read by Jews and non-Jews alike.” Observer.