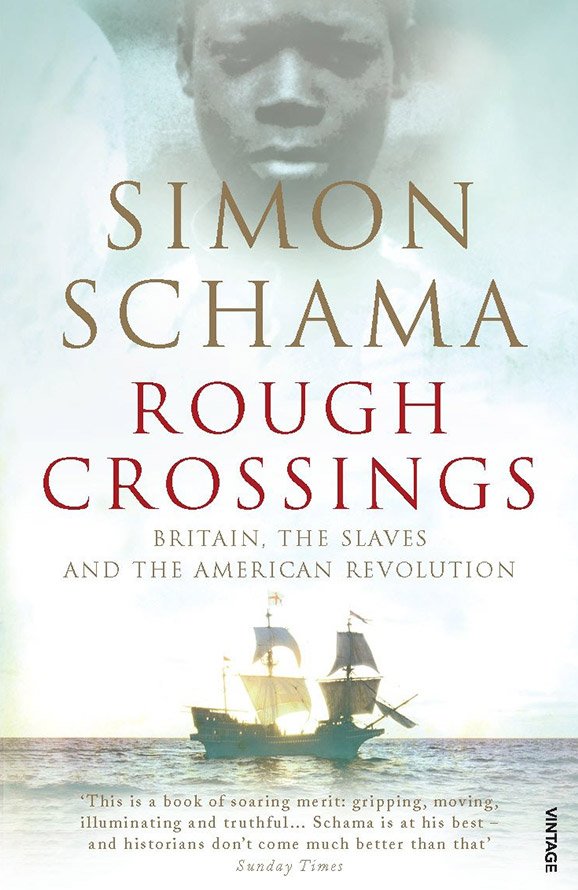 Rough Crossings is the astonishing story of the struggle to freedom by thousands of African-American slaves who fled the plantations to fight behind British lines in the American War of Independence. With gripping, powerfully vivid story-telling, Simon Schama follows the escaped blacks into the fires of the war, and into freezing, inhospitable Nova Scotia where many who had served the Crown were betrayed in their promises to receive land at the war’s end. Their fate became entwined with British abolitionists: inspirational figures such as Granville Sharp, the flute-playing father-figure of slave freedom, and John Clarkson, the ‘Moses’ of this great exodus, who accompanied the blacks on their final rough crossing to Africa, where they hoped that freedom would finally greet them.

“This brilliant book by the leading historian of our times about a subject of great significance will delight professional historians and entrance the reading public. Rough Crossings succeeds in all respects. It is a ‘tour de force’ and a landmark in historical scholarship” – Times Higher Education Supplement

“Schama’s gift for plunging us into the very centre of the action, whether in Charleston, London or on the African coast, makes reading an exhilarating experience” – Daily Telegraph