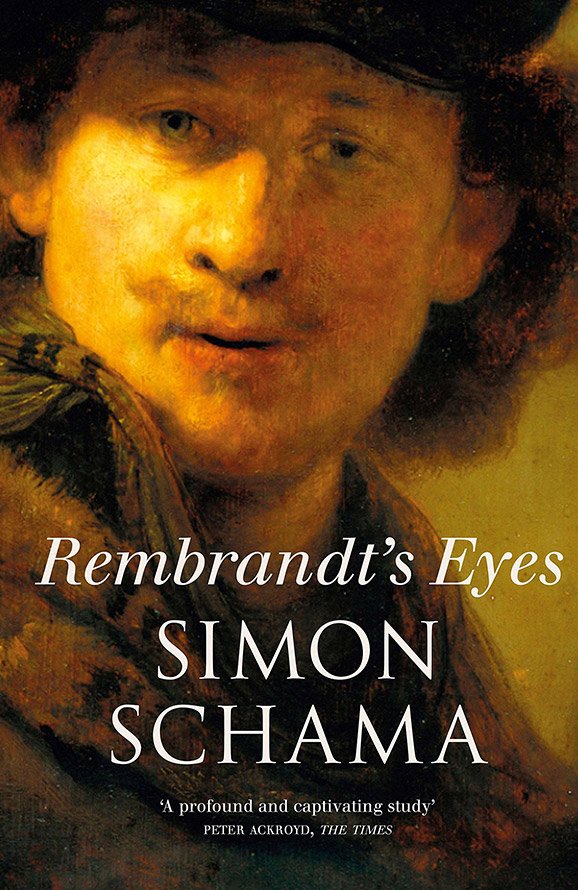 The great 17th-century Dutch artist Rembrandt van Rijn left us so many arresting self-portraits, painted at every stage in his eventful life, that his distinctive face and bearing are a familiar part of the 20th-century cultural landscape, a recognisable presence in galleries across Europe and North America. Nonetheless, the artist himself remains tantalisingly an enigma. A notoriously difficult man and an inveterate risk-taker in life and art, Rembrandt’s aspirations to a grandiose Amsterdam lifestyle in the heyday of his popularity as a painter of portraits and large-scale historical works bankrupted him and he died in relative poverty. His personal effects and his treasured collection of paintings and natural rarities were sold off and dispersed, leaving the historian with a tantalisingly scant body of fragmentary records around which to build a convincing biography.

In Rembrandt’s Eyes Simon Schama—the leading historical craftsman of our era, with a career-long commitment to Dutch history—succeeds with consummate skill in bringing the heroic painter of such masterpieces as The Night Watch and Portrait of Jan Six vividly to life again. Returning to the bustling Dutch world with which he first made his reputation in his bestselling The Embarrassment of Riches (1987), Schama recreates Rembrandt’s life and times with all the verve and panache of a historical novelist, whilst never for an instant losing his scrupulous grip on recorded fact and detail. The telling surviving fragments of archival information about Rembrandt’s personal and professional history are embedded skilfully in a richer and denser tapestry of the commercial whirl and political hurly-burly of the 17th-century Low Countries—a divided territory, split between the Catholic and Protestant faiths and the contested powers of the Spanish Habsburgs and the Dutch Republic—with the tentacles of the tale reaching into the most unexpected shadowy corners of European love and war, aspiration and intrigue.

Rembrandt’s Eyes is, in fact, two biographies for the price of one. From the outset Schama contrasts the life of Rembrandt with that of his older, equally artistically talented, countryman Peter Paul Rubens, whose meteoric rise and sustained success as a society painter forms a revealing contrast with Rembrandt’s unhappier relationship with fame and fortune. The comparison is a telling one. Where Rubens furnishes the wealthy and powerful with glorious reflections of and visual foils for their social and political aspirations and glory, Rembrandt can never resist testing the envelope of taste and stylistic acceptability. His challenge to his clients to rise to embrace the shock of his painterly experiments with technique, texture and composition, ultimately produced his downfall. The Amsterdam Town Council took down his The Oath-swearing of Claudius Civilis, rolled it up and returned his masterpiece to him, to be cut-down in an attempt to sell it to a suitable buyer.