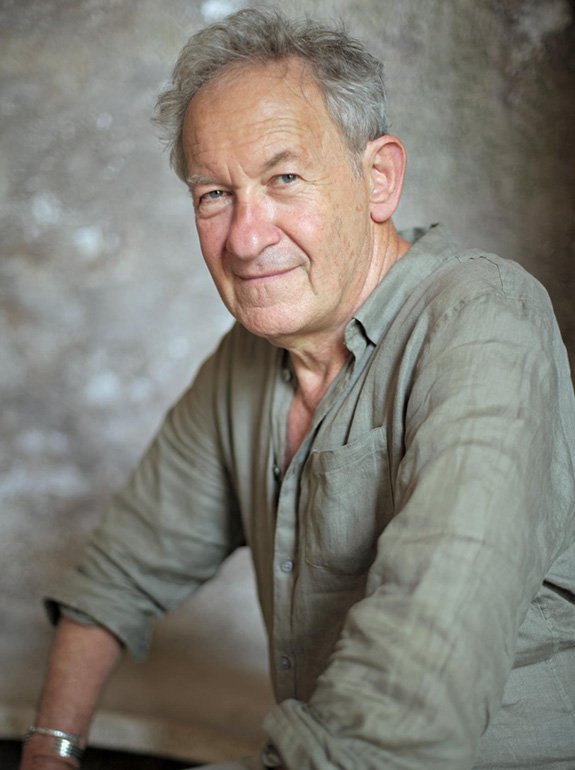 Sir Simon Schama CBE is University Professor of Art History and History at Columbia University, a Fellow of the British Academy and the Royal Society of Literature and Contributing Editor at the Financial Times.

He is the author of eighteen books which have been translated into 16 languages and the writer-presenter of fifty documentaries on art, history and literature for BBC2 and PBS. He was art critic for the New Yorker in the 1990s and won a National Magazine Award for his art criticism in 1996, published as Hang-Ups, Essays on Painting (Mostly) His film on Bernini from the Power of Art series won an International Emmy and his series on A History of Britain and The American Future. A History won Broadcast Critics Guild Awards. His art history work also includes Rembrandt’s Eyes, (1999) The Power of Art, (2006) and The Face of Britain (2015)

He has published a work of fiction, Dead Certainties: (Unwarranted Speculations) and his work for the theatre includes the stage adaptation of Rough Crossings (with Caryl Phillips) for Headlong Theatre, and in 2011, a short play for Headlong’s site-specific production about 9/11, Decade.

He won the NCR nonfiction prize for Citizens. A Chronicle of the French Revolution; the WH Smith Literary Award for Landscape and Memory, and the National Book Critics Circle Award in the United States for Rough Crossings: Britain, the Slaves and the American Revolution. His latest book, Belonging, volume 2 of The Story of the Jews was short-listed for the Baillie-Gifford Prize and was among The Economist Magazine’s Best Books of 2017. In 2011 he received the Kenyon Review Award for Literary Achievement and in 2015 the Premio Antonelli Feltrinelli in historical sciences from the Accademia nazionale dei Lincei in Rome. He has delivered the Andrew W Mellon Lectures at the National Gallery in Washington DC in 2006 on “Really Old Masters: Infirmity and Reinvention”, and the Anthony Hecht Lectures in the humanities at Bard College on memory in contemporary art; and most recently the Jerusalem Lectures for the Israel Historical Society. He curated the Government Art Collection exhibition “Travelling Light” at the Whitechapel Gallery and “The Face of Britain” exhibition at the National Portrait Gallery in 2015,

in conjunction with a 4-part television series and a best-selling book. His latest book, Belonging, volume 2 of The Story of the Jews was short-listedfor the Baillie-Gifford Prize and was among The Economist Magazine Best Books of 2017. He has collaborated with Anselm Kiefer, John Virtue, Cecile B Evans and Damien Hirst on exhibitions and catalogue essays.

For the past year and a half he has been working on the BBC/PBS series on world art history, Civilisations, broadcasted on March 2018.

SCOTUS thrown aside all pretensions to judicial neutrality and interpreting constitution.They are now a nakedly partisan extension of GOP. One ruling after another against the public interest. Absolutely no reason in the world nownot to expand the court. https://www.washingtonpost.com/politics/2022/06/30/supreme-court-epa-climate-change/

I'm delighted to announce that from next month I'll be a contributing writer at the @NewStatesman. I'll be writing columns, book reviews, and essays.

He went for the throat!” said Stephen Colbert. “When you join the Secret Service you expect to take one for the president, but not from the president.”

@simon_schama @BBCr4today Hasn’t answered a single question. What is the point of her office if it does not have a view on any subject matter?

I'm sorry but it's been over 6 months now and I still haven't come to terms with this national tragedy.

Listening to @BBCr4today are we sure "Liz Truss" isnt a partially- maintained robot?

Angela Rayner best put down since Julia Gillard demolished Tony Abbott sexism “My advice to the Deputy PM is to cut out the snobbery and brush up on his opera. The Marriage of Figaro is the story of a working-class woman who gets the better of a privileged but dim-witted villain”

Dominic Raab won’t approve but I did indeed go the opera last week (it cost me £62).

Tom Eisner, a working-class lad from Buxton near where I grew up kindly invited me. He’s been playing violin at Glyndebourne for 36 years.

Never let anyone tell you you’re not good enough. 🎻

Really wonderful evocation of Crosby Beach near Liverpool on @BBCr4today by listener Jane Skinner - larks and Gormley iron men. We filmed there in 2015 for our Face Of Britain tv series

Excellent, important and be itself finely written essay

It is truly heartbreaking to hear the West now say the women of Afghanistan are not our problem anymore.

But you were there for 20 years. The women & girls were your partners. You asked them to stick their neck out & dream big. You funded and invested in them. You backed them...

Why is Trump still running loose?

The image of Cassidy Hutchinson, age 25, helping the waiter wipe the ketchup off the wall - after the president had thrown it there - will stay with me

everyone's asking " will Trump's lunacy finally ketchup with him?"