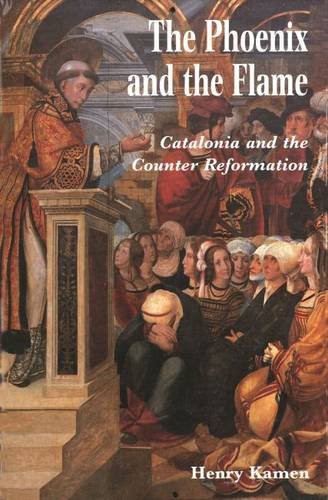 The Phoenix and the Flame: Catalonia and the Counter Reformation

It is commonly assumed that the Counter-Reformation touched Spain only lightly, affecting the religious institutions but not the ordinary Spaniards. Henry Kamen now challenges this view by providing an intimate look at what life was like in one small but distinctive rural Spanish community from the mid-sixteenth to mid-seventeenth centuries.

By examining the Catalan village of Mediona as a microcosm of Spanish society, Kamen shows that in fact the Counter Reformation led to powerful changes in the daily lives, beliefs, and customs of the common people of Catalonia and Spain. Kamen portrays the popular culture of Mediona, studying the shifting habits revealed by its administrative reforms during the Counter Reformation; the place of religious belief within the community; the attempts to change popular festivities and celebrations; the far-reaching innovations in marriage and sexuality; the role of the Inquisition and of the Jesuits; the problem of witchcraft, and the impact of books from the expanding presses of France, Italy, and the Netherlands on local language and ideas.

Kamen concludes that the Counter Reformation was in some instances liberating rather than repressive in Mediona and the broader Mediterranean society of which it was part. By contemplating popular religion and culture as it was practiced by ordinary citizens, he offers new insights into an epoch normally studied only in the light of great political events, and he presents a wholly original vision of culture and society in Spain’s Golden Age.