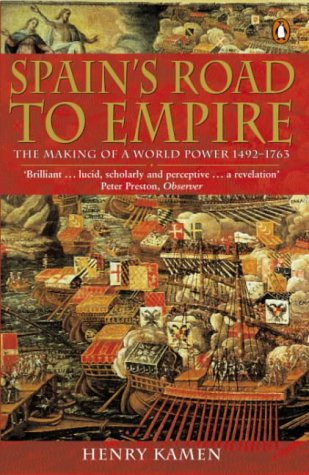 How did a barren, thinly populated country, somewhat isolated from the rest of Europe become the world’s first superpower? Henry Kamen’s tremendous new book takes full advantage of its great theme to recreate the dazzling world of militant Castile from the fall of Moorish Granada and Columbus’ first voyage to the imperial collapse over three centuries later.

There is no better account in English of this immense, brutal adventure – a ceaseless quest for land, gold and slaves that made Spain, both for its conquered peoples and much of the rest of Europe, into a rapacious nightmare.