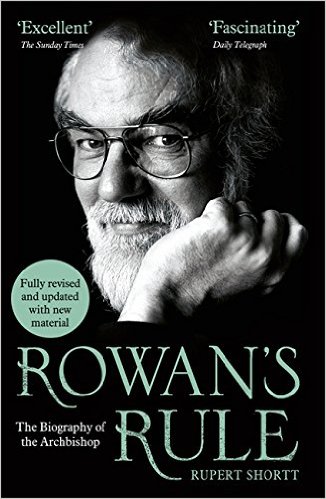 A fascinating, fair-minded depiction of Archbishop Rowan Williams. /Rowan Williams is a complex and controversial figure. Widely revered for his personal qualities, he is also an intellectual giant who towers over almost all his predecessors as Archbishop of Canterbury. Among other achievements, he has trounced the atheist Richard Dawkins, and published over twenty well-regarded books, including several volumes of poetry and a major study of Dostoevsky. / Yet he is also one of the most reviled church leaders in modern history. Long before facing calls to step down after his lecture on sharia law in early 2008, he had been accused of heresy on account of his pro-gay views. He has disappointed many of his own supporters as well. So how has high office changed Rowan Williams? Has he been bullied and manipulated? Or is he perhaps playing a long game, obliged to rate church unity above the pursuit of his own vision at a time when the Anglican Communion has never looked more unstable?

Rupert Shortt, already the author of an acclaimed introduction to the Archbishop’s thought, offers answers to these and other questions in this authoritative biography. He explores how the events of the Archbishop’s remarkable life have shaped his beliefs and practices today. Of particular interest is the riveting account of Williams’s experience near the World Trade Center towers on the morning of September 11, 201. Written with Williams’s cooperation, Rowan’s Rule not only elucidates his ideas but gives a compelling portrait of a private and in some ways surprisingly vulnerable man.

“This… is no hagiography, and so weaknesses as well as strengths are confronted unflinchingly. Overall, it provides an intriguing picture of a complex man.” – The Daily Telegraph

“Through it shines the warmth and breadth of Rowan’s personality . . . A man of very many parts who will continue to enrich us all – and so well worth taking time to read about.” – Reflections