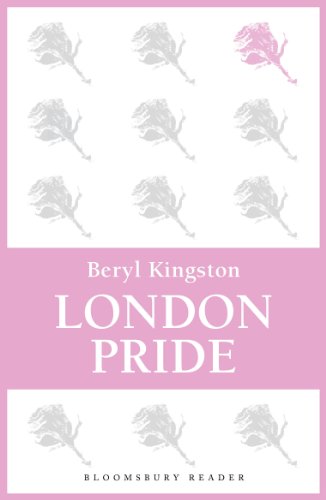 Growing up in the Tower of London under the loving protection of her soldier father, Peggy is proud and content, even if she does have to put up with her mother’s nerves and her whining younger sister, Baby. But when fate moves to rip her away from the security she has known, it is down to her to look after her mother and two sisters. Taking the world’s burdens on to her narrow shoulders is something that comes all too easily to Peggy, often at the expense of her own well-being.

For later, when War comes to London, it only seems natural for Peggy to join the ARP and do her bit to protect her beloved city. Watching the skies through long, fear filled nights, fire-fighting and digging victims from the ruins of their homes does not excuse Peggy from her duties to her family, who still expect to be taken care of.

But life seems to be looking up when love comes in the shape of neighbour Jim Boxall. Like Peggy, Jim has had to look after his own family from a young age, whilst doing his best to better himself in a world that dismisses his promise and intelligence because of his class. Joining the RAF is his chance to get on in the world, but it also tears him away from his home, and from Peggy.

London Pride, first published in 1990, is Beryl Kingston’s tribute to the people of London’s endurance and bravery throughout the terrors of the Blitz, and a testament to how love – like the London Pride flower itself – can blossom and grow from the rubble.