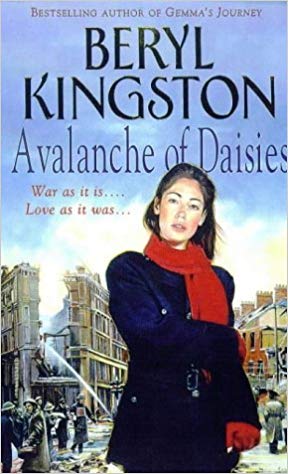 It is 1944, and Private Steve Wilkins is waiting to go to war. A new recruit to the mighty Desert Rats, he is billeted in Norfolk as the Allies meticulously plan the attack to open up the Second Front. Being nineteen and away from home for the first time, Steve, along with his fellow recruits, must find something to keep his mind off what lays ahead. The Saturday hop at King’s Lynn, with its dancing and local girls, is the perfect distraction. Steve, calm and confident when it comes to the Army, but tongue tied when it comes to girls, usually leaves chasing tail to his friends. But when Steve witnesses a local lad pushing around a young girl, he intercedes without a second thought.

Barbara, or Spitfire to her friends, isn’t normally in need of rescuing. But when Steve comes to her aid and sweeps her away from Victor and onto the dance floor, she finds herself letting him. Caught in the drama of war, the pair find themselves carried away in the passionate flame of first love. But it isn’t always plain sailing. Old flames and family conflict mar their bliss, and when the invasion tears them apart, Barbara and Steve must try to hold onto their love as the bombs fall.

First published in 1999, Avalanche of Daisies is a story of how love can endure across great distance, time and adversity.