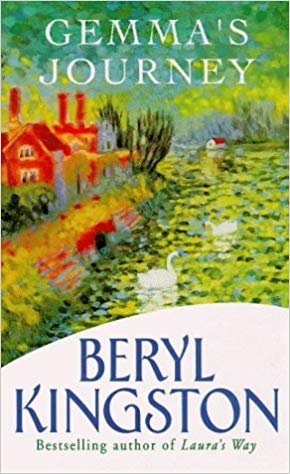 Gemma Goodeve, a young actress with a promising career, is involved in a terrible train crash in which many lives are lost and many people are injured. Gemma herself has to have her lower leg amputated before she can be freed from the wreckage. When she wakes from the anaesthesia she has to face the difficult truth, deal with a long and painful recovery and accept that she will not be able to act anymore.

Her young doctor, Nick Quennell, becomes more than professionally involved in Gemma’s care as he tries to protect her from the media circus that surrounds the rail accident and her own mother, who is far from being supportive. But is his care and romantic feeling really what Gemma needs and wants in this terrible moment in her life?

In Gemma’s Journey, first published in 1997, Beryl Kingston sets the romantic plot against the difficult issues of recovering from a life-changing accident, and with her characteristic interest in social problems she also explores the breakup of the rail network and gaps in the NHS system.