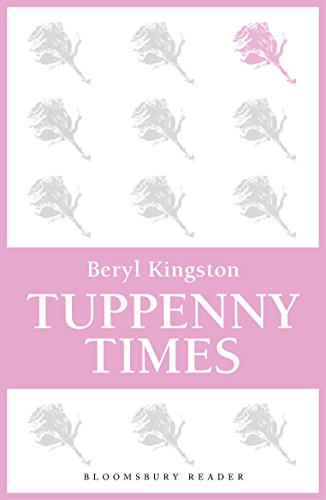 Spirited and independent, lady’s maid Nan Smithen has ambitions far beyond her station. Marriage to a wealthy businessman enchanted by her youth brings her position, children and a comfortable union. Until her doting husband is killed on an ill-fated trip to revolutionary France.

Alone with three young children, Nan faces a bleak future, for there is no money left. But the strength of will that brought her this far drives her on. A newswalk in Mayfair is her first step towards establishing a business empire that will soon stretch throughout London and beyond. Nan’s fortune starts to grow.

Then Calverly Leigh, a dashing – and dangerous – cavalry officer waltzes into Nan’s life and she discovers there is much, much more to life than selling the Tuppenny Times.

Tuppenny Times, first published in 1989, is the first book of the Easter Empire trilogy.