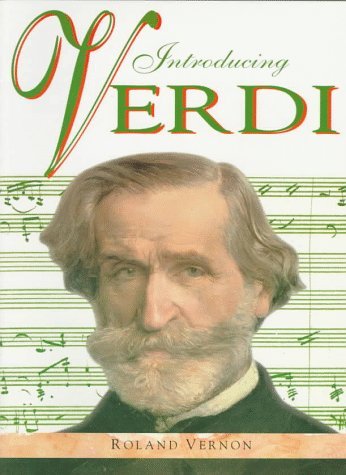 Opera was hugely popular during the nineteenth century, especially in Italy. Of all Italy’s opera composers, the greatest and most loved was Verdi. This book which is one of a series sets famous composers within the context of the times in which they lived, and looks at the influences and historical events that shaped their lives. Verdi was a man of the theatre. He understood how music could be used to create powerful drama and he had a great gift for matching poetry to tunes.

His career as a composer lasted 60 years. During this time he kept alive the glorious tradition of Italian opera single-handedly. Verdi was also a patriot and his music encouraged fellow Italians to rebel against their foreign rulers. Although he became an important public figure and a national hero, he was also a very private person. He did not like interference and was deaf to both praise and criticism. He stubbornly believed in himself and in his own music. This eventually won him the respect of the world.