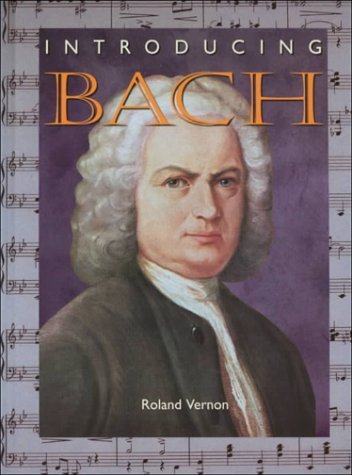 This volume is one of a series, which looks at the influences and historical events that shaped the lives of the great composers. Making full use of contemporary works of art, these books provide an essential introduction to the lives of those who produced some of the world’s most enduring music.

This book focuses on Johann Sebastian Bach, who had a musical intellect of great breadth and clarity. From a family of professional musicians, Bach was industrious, obstinate, hot-tempered and single-minded in his search for perfection. Four of his twenty children became eminent musicians themselves and ensured that Bach survived the obscurity traditionally afforded dead musicians.

Following his life through from his early years as a brilliant pupil this book reveals how in his formative years Bach wanted to write music that would “exalt the glory of God”. Despite being a musician of sacred music he was to be influenced by the Baroque movement during which period he created such work as “The Magnificat”. In July 1708, Bach was appointed court organist and chamber musician to Duke Wilhelm Ernst of Saxe-Weimar.

Having become a celebrity he was soon made Kapellmeister to Prince Leopold of Anhalt Cothen. Here he was seldom asked to write church works and so he began to experiment with instrumental music. During this period Bach wrote six concertos dedicated to the Margrave of Brandenburg which as the “Brandenburg Concertos” are some of the greatest pieces Bach composed. He then applied for the post as cantor at St Thomas Church in Leipsig where he directed and performed for 27 years. Here he was given the chance to perform really large-scale works using choirs, orchestra, soloists, keyboard players and virtuoso instrumentalists.

In Bach’s latter years he was given a royal appointment but he died in 1750. It was 100 years later that Mendelssohn revived interest in his work with the “St Matthew Passion”.