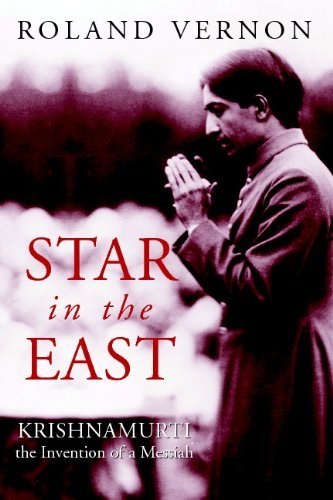 Star in the East: Krishnamurti the Invention of a Messiah

The extraordinary story of Krishnamurti, hailed early in life as the messiah for the 20th century, is told here in the light of a century of changing spiritual attitudes.

It is a tale of mysticism, sexual scandals, religious fervor and chicanery, out of which emerged one of the most influential thinkers of modern times.

Krishnamurti was “discovered” as a young boy on a beach in India by members of the Theosophical Society, convinced that they had found the new world leader, a spiritual savior as historic and as influential as Jesus himself.

By the 1920s he was attracting worldwide press attention and people flocked to his talks in the thousands.

In 1922, Krishnamurti broke with the society and set out on a teaching mission of his own as a secular philosopher of spirituality.

He ultimately had a career that spanned six decades, founded seven schools, published 50 books and encompassed thousands of talks.

This extraordinary story is told for the first time by Roland Vernon in the full light of 20th-century attitudes in a narrative that is as compelling as any novel.