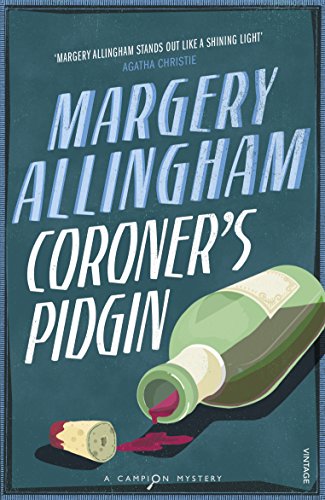 World War II is limping to a close and private detective Albert Campion has just returned from years abroad on a secret mission. Relaxing in his bath before rushing back to the country, and to the arms of his wife Amanda, Campion is disturbed when his servant, Lugg, and a lady of unmistakably aristocratic bearing appear in his flat carrying the corpse of a woman.

The reluctant Campion is forced to put his powers of detection to work as he is drawn deeper into the case, and the eccentric Caradocs household, dealing with murder, treason, grand larceny, and the mysterious disappearance of some very valuable art.

As urbane as Lord Wimsey. As ingenious as Poirot. Meet one of crime fiction’s Great Detectives, Mr Albert Campion.

“My very favourite of the four queens of crime is Allingham” – J.K. Rowling