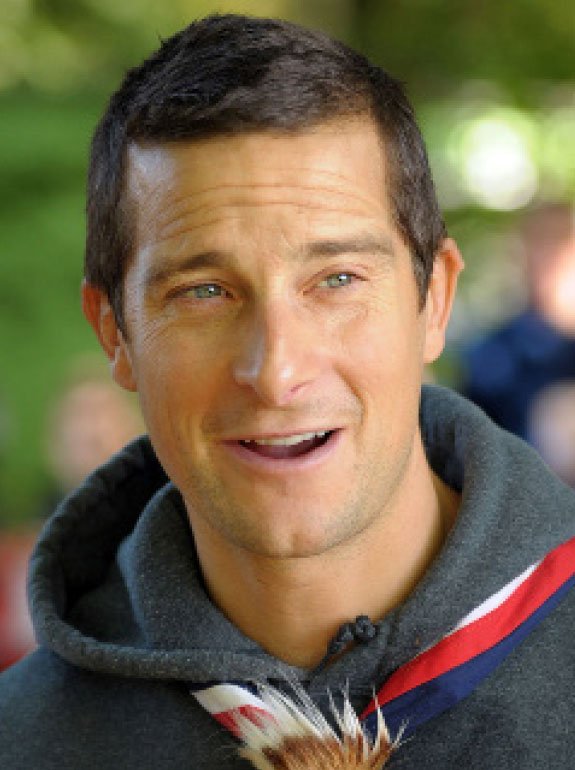 Bear Grylls has become known around the world as one of the most recognised faces of survival and outdoor adventure. His journey to this acclaim started in the UK, where his late father taught him to climb and adventure. Trained from a young age in martial arts, Bear went on to spend three years as a soldier in the British Special Forces, serving with 21 SAS. It was here that he perfected many of the skills that his fans all over the world enjoy watching him pit against mother-nature.

His TV Emmy nominated show Man Vs Wild / Born Survivor became one of the most watched programmes on the planet with an estimated audience of 1.2 billion. He then progressed to US Network TV, hosting the hit adventure show ‘Running Wild’ on NBC, where he takes some of the world’s best known movie stars on incredible adventures, including the likes of President Barack Obama, Ben Stiller, Kate Winslet, Zac Efron and Channing Tatum.

Bear co-owns and hosts the BAFTA award winning ‘The Island with Bear Grylls’ on Channel 4, which has sold as a format all around the world.

In addition Bear co-owns and hosts ITV & CITV’s ‘Bear Grylls Survival School’ as well Absolute Wild for Chinese TV. Bear is currently the youngest ever Chief Scout to the UK Scout Association and is an honorary Colonel to the Royal Marines Commandos.

He has authored over 40 books, including his number one Bestselling autobiography: Mud, Sweat & Tears.

@Rogerfederer is master on the court, but how did he cope in the wild? 🎾

.@BearGrylls and actor @ZacharyQuinto try to navigate the Panamanian jungle before a brutal storm hits, but first they must overcome many dangerous obstacles that threaten to knock them off course. #RunningWild

Thank you so much

“Whenever & wherever disaster strikes—in Indonesia, Australia, Philippines or elsewhere— Scouts will always be there, showing leadership & putting their training into action to serve others.” See how #Scouts helped during floods in Indonesia: https://fal.cn/366bR #ScoutSuccess

Train for 6 months… get one FREE!
Kickstart 2020 with a new and effective fitness regime 💪 Sign up for a monthly Unlimited Membership today and receive your 7th month free of charge.
Follow the link redeem your offer: https://hubs.ly/H0mByyK0
#outdoortraining #2020fitnessoffers

The time has come to join Bear Grylls for an adventure his celebrity guests are not going to forget anytime soon...

World-renowned survivalist Bear Grylls is running wild on National Geographic, the home of exploration, this Sunday at 7pm #noretakesinthewild

For the season finale of Running Wild, @BearGrylls is joined by actor @ZacharyQuinto for an adventure in the Panamanian jungle. #RunningWild

Huge respect to Max and Dave, @resilientx_ who are currently rowing 3000 miles across the Atlantic whilst raising money for @becomingX foundation. Epic effort! Click here to read more http://www.becomingx.org/foundation/resilientx

One of my fav!

It’s been 10 years since the catastrophic earthquake in Haiti, which displaced 1.5 million people. Scouts sprung into action, helping those affected with food provisions, shelter and family reunification. 🇭🇹 Scouts are there for their communities. 💜 #BetterWorld #TBT

We believe in inclusivity and community within fitness. 2020 is going to be an exciting year; not only are we introducing family fitness classes, we are working with @growinghappyuk to support the @_BeeThe_Change campaign to increase opportunities for people with determination

Half way through January and hard into training for the year ahead! Fit for the wild involves flexibility, strength and endurance. All needed for these series: @natgeochannel RUNNING WILD @amazonprimevideo WORLD’S TOUGHEST RACE @channel4 TREASURE ISLAND … https://ift.tt/2RmWssl