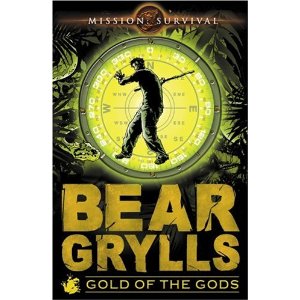 Gold of the Gods

Lost in the jungle!

Beck Granger is on a trip to Colombia in his school holidays. His anthropologist uncle has taken him along on a visit to Don Rafael de Castillo, a descendent of a great explorer who is claimed to have discovered a lost City of Gold. But the secret of the city died with the explorer – until now… His uncle and Don Rafael believe they know where to find the city and Beck gets to go along for the ride.
But when the two men are kidnapped, Beck is left to solve this new mystery on his own. With Marco and Christina, the Don’s children, he must set off into the wilds of Colombia to find the city – and bring his uncle back. Beck must build a raft and negotiate wild river rapids, make camp, defend his friends from wild animals and keep them all alive in the jungle.