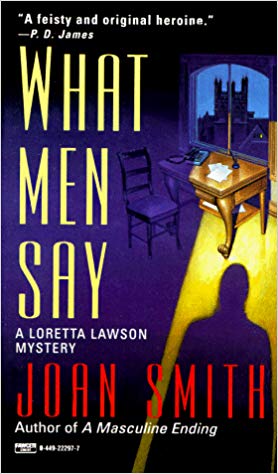 WHAT MEN SAY is the gripping and complex new crime novel by one of the youngest and best crime writers of the 1990s. The third in the series featuring feisty yet cooly analytical Loretta Lawson, it is set in Oxford and London, among smart academics and upper class bohemia. The novel opens with a corpe discovered at a garden party in the Oxfordshire countryside, and the ingenious twists and turns of what follow manage to raise the profound theme of the ‘abandoned woman’ at the same time as being compulsive reading.