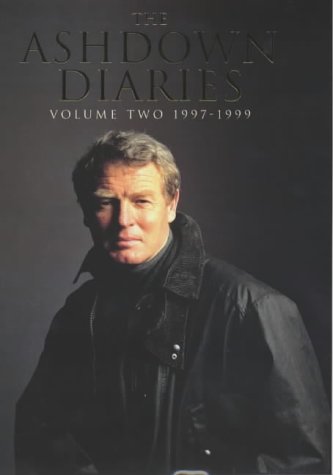 On 2 May 1997, Tony Blair and Paddy Ashdown led their parties to their greatest electoral victories for many political generations. In opposition, they had planned, if the Tories were defeated, to bring Labour and the Liberal Democrats into partnership in government and to heal the schism that had divided the left for most of twentieth-century British politics. But, as Ashdown notes here, ‘Blair and I succeeded beyond our wildest dreams. In fact, we succeeded too well. The Labour majority was much too big…’

This second and final volume of Paddy Ashdown’s diaries traces the intense and often fraught attempt by Blair and Ashdown to hold on to as much of their original vision as they could, against the instincts of many in their parties. Having failed to bring the parties together immediately after the election, they tried again in November 1997 and once more in the autumn of the following year. ‘The crucial moment when I knew it was irrecoverable was the evening of 29 October 1998, when Jack Straw was allowed to rubbish the outcome of the Jenkins Commission in the House of Commons and Tony Blair did nothing to counter him.’ It is one of the most gripping stories and greatest might-have-beens in modern politics, enormously revealing of both the main protagonists and of their chief lieutenants, here rendered in unvarnished and often blistering detail. Blair and Ashdown’s personal relationship was, as this book reveals, far closer than that of any other two party political leaders in twentieth-century Britain. This makes Ashdown’s judgements about the character of the man with whom he was dealing particularly authoritative, and probably the most acute that have yet appeared in print. As one commentator on the first volume of these diaries remarked, ‘His judgements about individuals ring startlingly true.’

Intertwined with this dramatic story are two others: the successful attempt to introduce partnership government on the basis of PR in Scotland, the background to which is revealed here for the first time; and Ashdown’s involvement both officially and behind the scenes, in the unfolding horrors of the Kosovo War. In the final section of the book Ashdown records why he decided to step down as leader of the Lib Dems at a moment almost no one expected.

Besides all this, the book shows what politicians actually do all day.