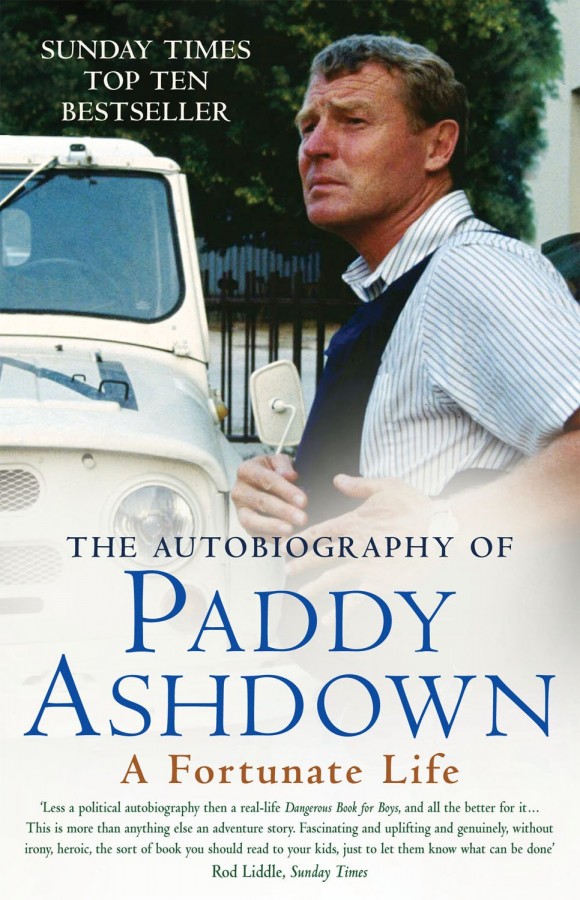 A Fortunate Life: The Autobiography of Paddy Ashdown

No other British political leader of the post-war generation could have written a book like this for the simple reason that no other modern politician has led a life as varied, adventurous and dramatic as its author. He has been, in turn, an officer in the Royal Marine Commandos, a member of the Special Boat Service, a diplomat, an MP and leader of his party and an international peacemaker in war-torn Bosnia.He can, and does, write with authority about topics as diverse as evading water bailiffs while fishing illicitly at night (a legacy of his childhood in Northern Ireland); tracking down and destroying infiltrating Indonesian forces in the jungles of Sarawak; landing a raiding party from a submerged submarine; the difficulties of learning Chinese (he holds the equivalent of a first-class degree in Chinese, just one of his six languages); winning an apparently ‘hopeless’ parliamentary seat; negotiating with Tony Blair; and bringing stability to a country wracked by civil war.

He is deadly serious when writing about the things that matter to him – his family, his country, his party, the Bosnian people whose cause he adopted when it was deeply unpopular to do so – but he also has a refreshing gift for seeing the funny side of most situations and illustrates it with self-deprecating wit and a wealth of anecdote. Although this book covers his years in politics – the chapter on ‘The Winning of Yeovil’, an eight-year campaign to overturn an impregnable Conservative majority with the help of a second-hand printing press called Clarissa and a supply of potent home-made wine is particularly memorable – it is hard to imagine anything less like a traditional political memoir.

This is the self-portrait of a man who has lived life to the full and whose autobiography would be fascinating, even if he had never set foot in Palace of Westminster – a place whose intrigues and self-absorption, he acknowledges, he often found tedious.This is an autobiography by a politician which is totally unlike the traditional political memoir. It is the story of a life lived to the full, as a Royal Marine Commando, a member of the Special Boat Service and an international peacemaker, as well as an MP and a party leader. At a time when politicians are viewed with derision and suspicion, Paddy Ashdown is widely respected and admired, even by his political opponents. This books shows why.

“Fascinating and uplifting and genuinely, without irony, heroic, the sort of book you should read to your kids, just to let them know what can be done.” Sunday Times, April 2009

“Paddy Ashdown tells us what he did and how he did it, and very entertaining it is too.” The Times, April 2009