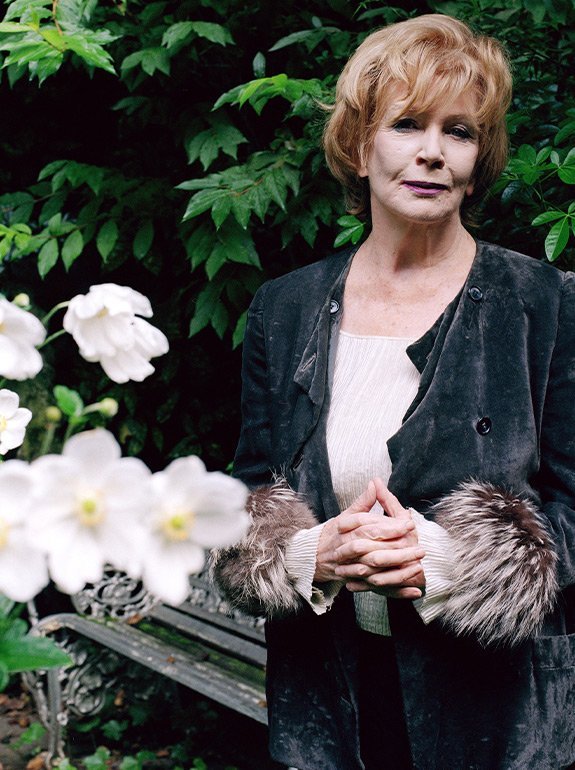 Recognised as one of ‘the greatest Irish writers of the twentieth century’ (Dwight Garner, New York Times) and “the most gifted woman now writing in English” (Philip Roth), Edna O’Brien is a bestselling novelist, memoirist, playwright, poet and short story writer. In 2001, Edna received the Irish PEN Award, in 2006 she was awarded the Ulysses Medal by the University of Dublin, and she won the 2018 PEN/Nabokov Award for Achievement in International Literature. She received France’s highest cultural distinction when she was named Commandeur of the French Ordre des Arts et des Lettres in 2021. The honour dates back to 1957, and is intended to reward people who have “distinguished themselves by their creations in the artistic or literary field”. She was also the first non-French recipient of the Prix Femina special in 2019.

Her latest novel, Girl, has been described as ‘a masterclass of precision and mercilessness’ (Alex Clark, The Guardian), ‘impeccably written and indelible’ (Catherine Taylor, FT), and ‘hypnotic, lyrical, and pulsating with dark energy… a masterful study of human evil’ (Christina Patterson, Sunday Times).

‘Mesmerising … [O’Brien] has set herself one of the greatest challenges a writer can face: to plumb the darkest depths of the human soul. She has triumphantly succeeded. Hypnotic, lyrical and pulsating with dark energy, Girl is a masterful study of human evil by a writer who, at 88, is still getting better. It will blast you with its searing, savage beauty.‘ Christina Patterson, Sunday Times

‘A terrifying, lurching novel … that keeps faith with the novelist’s determination to cross continents and cultures to describe the pain and suffering of women and girls … Everything that O’Brien does memorably throughout her novels, she does here … A masterclass of precision and mercilessness … At 88, O’Brien appears to be more unafraid of experiment and risk than ever … One can feel one’s empathy and understanding to have been enlarged.’ Alex Clark, Guardian

‘Haunting … A contemporary story as raw and transfixing as the most visceral Greek tragedy … Its narrative leavened by deftly wrought moments of maternal intimacy that possess a quiet but almost luminous intensity … Soul-searing.’ Sean O’Hagan, Observer

‘Girl [is], in some sense, a book O’Brien has earned through all the books that came before. In it, the freshness of her prose is met by the innocence of her narrator and the freedom of her language by the chaos of the events it describes … The life she imagines and presents to the reader is one of unimaginable horror and she does not shy away … O’Brien puts all her might into seeing through her character’s young eyes, and this involves forgetting much that she herself knows. The triumph of the book is in the voice of the narrator, who is just as articulate as she might be. The book has a huge storyteller’s energy and O’Brien does not patronise – she really has entered the heart of this girl [and] has arrived at some essence of what it is to be vulnerable, female and young.’ Anne Enright, Irish Times

‘In this impeccably written and indelible novel, [O’Brien] brings her juristic yet merciful eye to an ever-wider expression of the deep injustices of female and human circumstance.’  Catherine Taylor, Financial Times