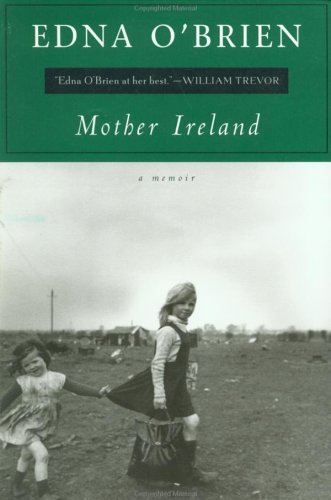 Long before Frank McCourt (Angela’s Ashes)and Nuala O’Faolain (Are You Somebody?) reminisced about the hardships and humor of their Irish childhoods, acclaimed novelist Edna O’Brien captured the soul of Ireland and its people in her 1976 memoir, Mother Ireland. Long out-of-print, Plume is reissuing this emerald gem so that it will take its rightful place among contemporary Irish classics. Mother Ireland includes seven essays seamlessly woven into an autobiographical tapestry. In her lyrical, sensuous voice, O’Brien describes growing up in rural County Clare, from her days in a convent school to her first kiss to her eventual migration to England. Weaving her own personal history with the history of Ireland, she effortlessly melds local customs and ancient lore with the fascinating people and events that shaped he young life. The result is a colorful and timeless narrative that perfectly captures the heart and soul of this harshly beautiful country. Rendered with grace and beauty, resonating with emotion and passion, Mother Ireland is an ode to a time, a place, and a people that one can leave, but never leave behind.