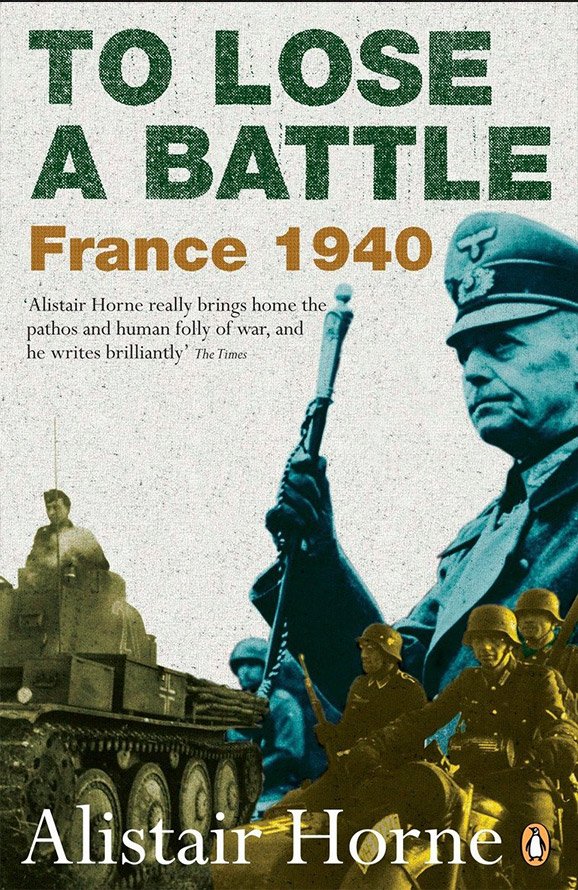 In 1940 Hitler sent his troops to execute the Fall of France. A six-week battle with lightning ‘blitzkrieg’ warfare and combined operations techniques, the offensive ended the Phony War and sent the French forces reeling as their government fled from occupied Paris. For the Axis, it was a dramatic victory. But how was this spectacular result possible?

In To Lose a Battle Alistair Horne tells the day-by-day, moment-by-moment story of the battle, sifted from the vast Nazi archives and the fragmentary records of the beaten Allies. Using eye-witness accounts of battle operations and personal memoirs of leading figures on both sides, this book steps far beyond the confines of military accounts to form a major contribution to our understanding of this important period in European history.

‘Alistair Horne really brings home the pathos and human folly of war, and he writes brilliantly’
The Times

‘Horne follows his line unfalteringly. All the details are there: the small, fleeting triumphs, the greater disasters, the bravery, the cowardice, the stupidity and the intelligence … that make war so fascinating and so terrible’
Economist

One of Britain’s greatest historians, Sir Alistair Horne, CBE, is the author of a trilogy on the rivalry between France and Germany, The Price of Glory, The Fall of Paris and To Lose a Battle, as well as a two-volume life of Harold Macmillan.