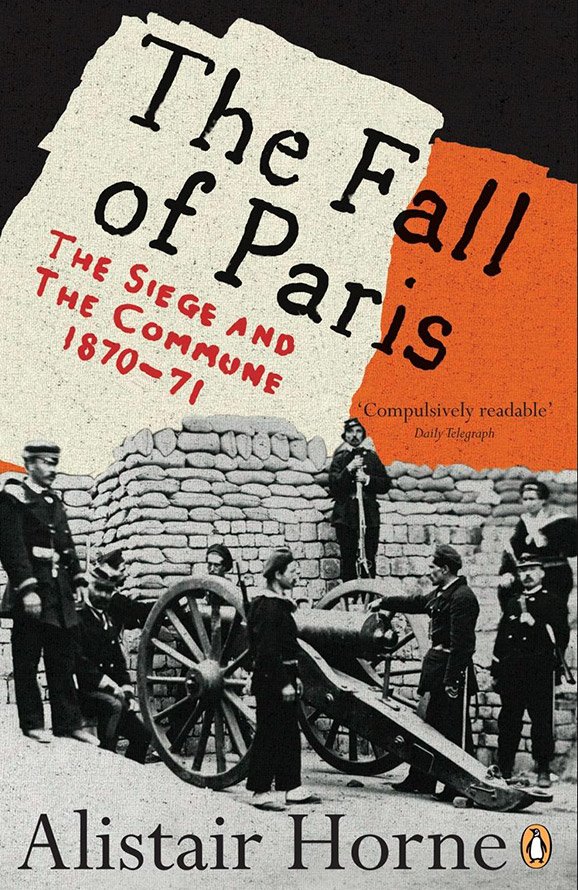 Alistair Horne’s The Fall of Paris: The Siege and the Commune, 1870-71 is the first book of Alistair Horne’s trilogy, which includes The Price of Glory and To Lose a Battle and tells the story of the great crises of the rivalry between France and Germany.

The collapse of France in 1870 had an overwhelming impact – on Paris, on France and on the rest of the world. People everywhere saw Paris as the centre of Europe and the hub of culture, fashion and invention. But suddenly France, not least to the disbelief of her own citizens, was gripped in the vice of the Prussian armies and forced to surrender on humiliating terms. Almost immediately Paris was convulsed by the savage self-destruction of the newly formed Socialist government, the Commune.

In this brilliant study of the Siege of Paris and its aftermath, Alistair Horne researches first-hand accounts left by official observers, private diarists and letter-writers to evoke the high drama of those ten tumultuous months and the spiritual and physical agony that Paris and the Parisians suffered as they lost the Franco-Prussian war.